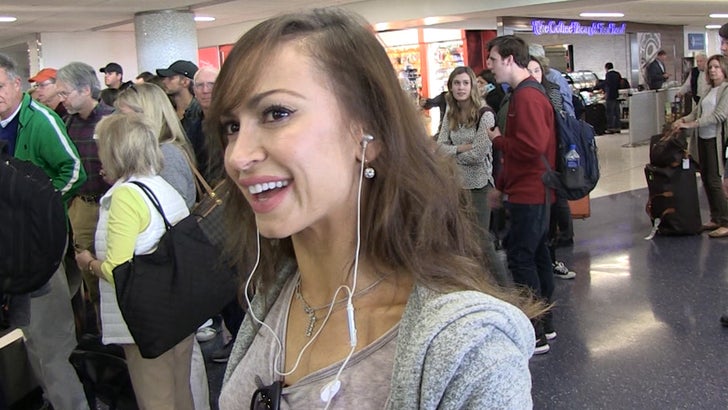 It's been almost 10 years since Floyd Mayweather LOST to Mark Cuban on "Dancing with the Stars" -- and his old partner says they deserved it ... 'cause they sucked!!

We spoke with Karina Smirnoff, who partnered up with Floyd in 2007 -- the year the duo became the 4th couple eliminated ... before Cuban, Jane Seymour and Marie Osmond.

So, what went wrong??

"I think it's a combination of footwork, arm work, bodywork, rhythm."

BTW, we pulled up some of the old video ... they're not THAT bad.

For the record, Cuban got eliminated the next week.