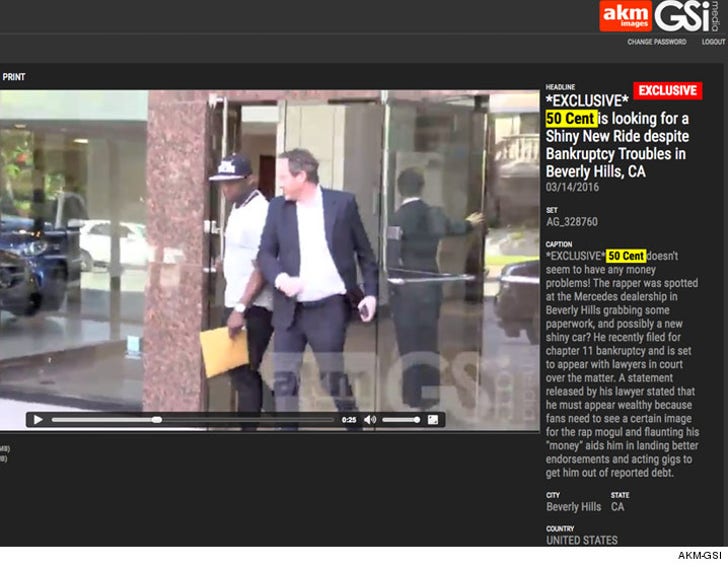 50 Cent got framed by a photo agency, literally ... he was framed up in a shot with a Mercedes-Benz dealership, making it seem like he was new car shopping but that just ain't the case.

Here's the deal ... the photo agency, AKM-GSI, that was peddling the Fiddy pics and video included a caption that went on about the financially-challenged rapper scoping out an expensive ride. Seemed weird, considering 50 Cent's bankruptcy issues.

Well, turns out the agency was wrong. 50's people tell TMZ ... instead of spending wildly, he was talking biz with his agent -- discussing his hit TV series "Power." The agent's office is in the same building as the Benz dealer, which is how the pap got the shot.

AKM-GSI has apologized for the error.

So, the bankruptcy judge can chill -- 50 Cent was actually making cash in Bev Hills, not blowing it. 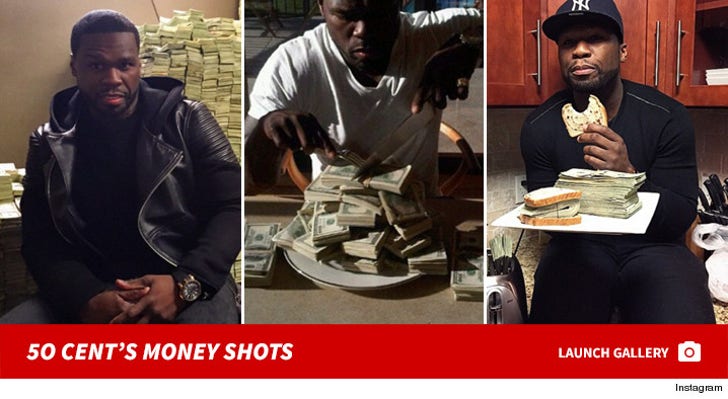 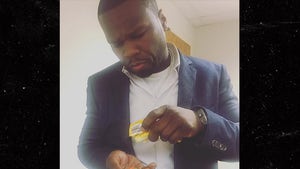 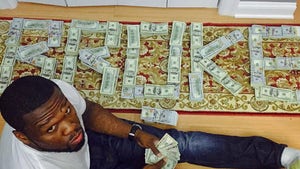