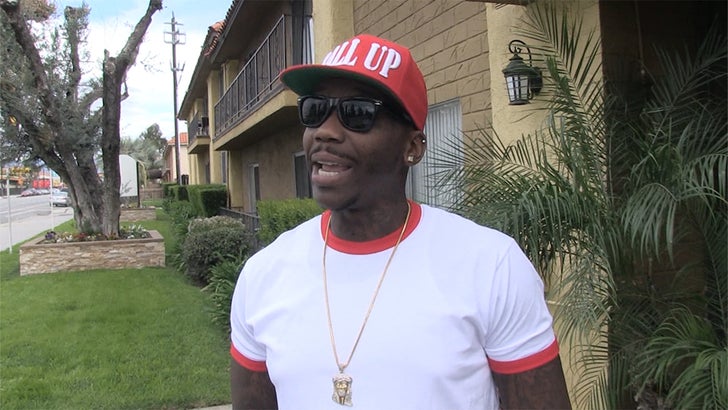 As if Michael Jordan had anything left to prove on the basketball court ... now a streetball legend is saying his crossover dribble is so deadly, he could totally bust MJ up with it if he got the chance.

The streetball legend is Bone Collector, a man who routinely makes guys look stupid with a lighting quick crossover he's been flashing as part of the Ball Up basketball tour for years.

We got BC out in L.A. and asked him if there is anyone who he thinks he COULDN'T make look silly with the rock in his hand. Shocker, he says everyone could get it ... even Mr. Jumpman himself.

BTW -- if you were ever wondering which celebrity has the best handles, Bone tells us ... and we'll give you a hint ... it's probably who you think it is. 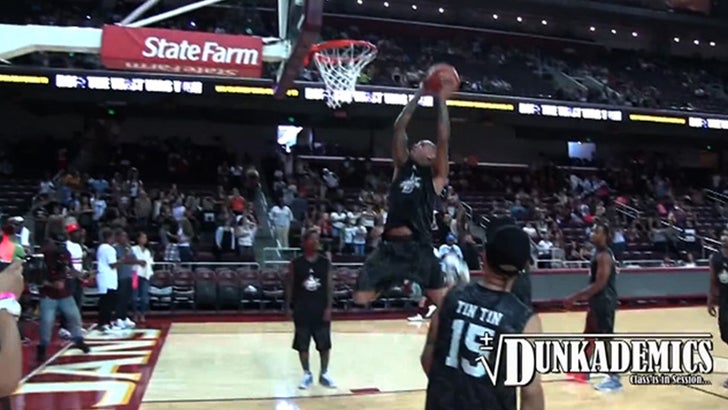 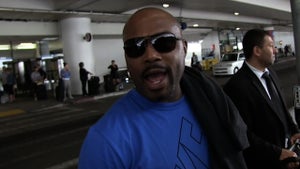 Tim Hardaway -- My NBA Son Can't Hold A Candle ... To My Crossover! 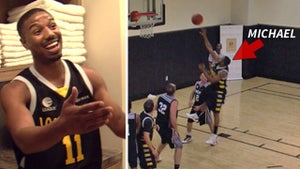