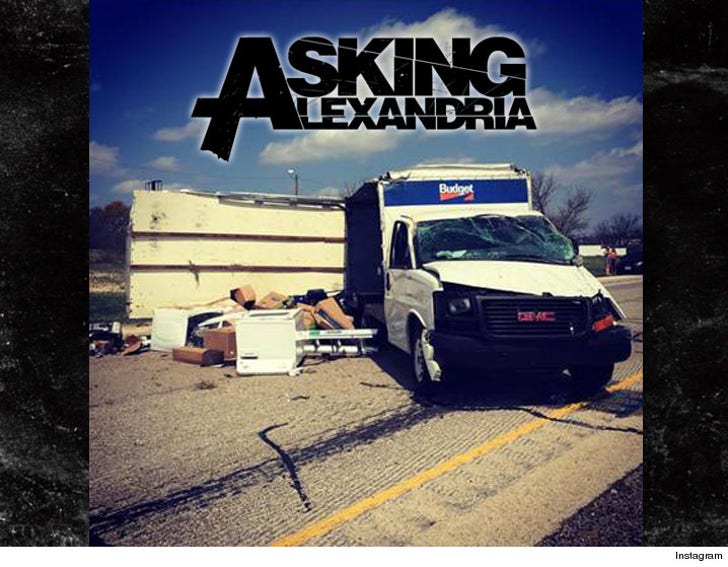 Sam Bettley -- bassist for rock band Asking Alexandria -- lost just about everything but his life in a truck accident Thursday while moving cross country.

Bettley was driving through Ozona, Texas when the moving truck's tire blew out, causing him to swerve off the highway and flip over twice down a grass embankment. Once he realized he still had all his limbs, Bettley immediately ripped out his iPod cord to make sure no one got to hear his band's soon-to-be released album "The Black."

He went to a hospital and got some fluids, but amazingly ... Bettley broke ZERO bones and escaped with a few bruises and some back pain.

His stuff wasn't so lucky. He thinks he lost about $50,000 worth of instruments, art, furniture and electronics -- pretty much everything he owns but his bed. 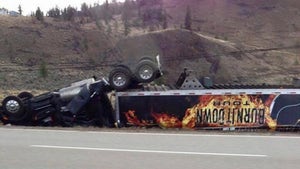 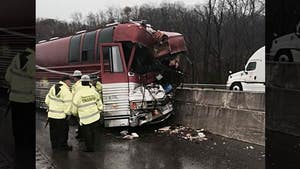