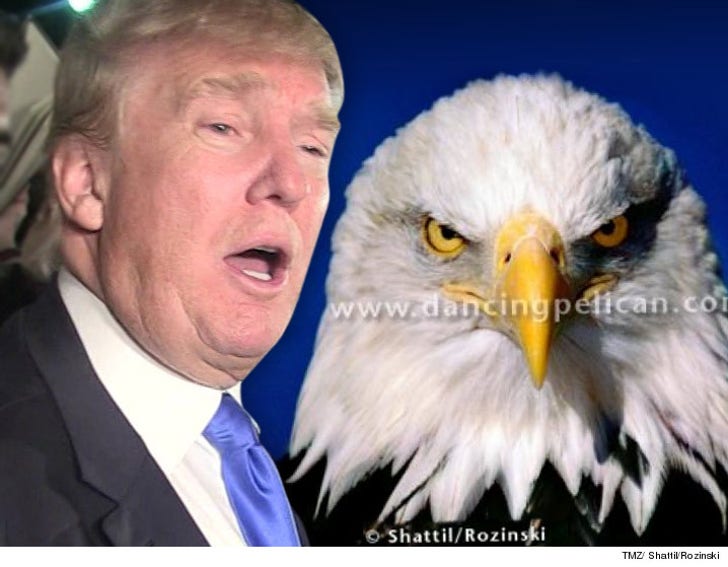 If Donald Trump makes it to the White House, he's NOT going to do it on the wings of America's national bird ... according to a lawsuit that aims to protect a particular Bald Eagle pic.

A wildlife photography duo is pissed at the Trump campaign for using a 1980 photo -- called "Bald Eagle Portrait" -- on posters that are waved around at his rallies. The posters are for sale on the campaign's website. 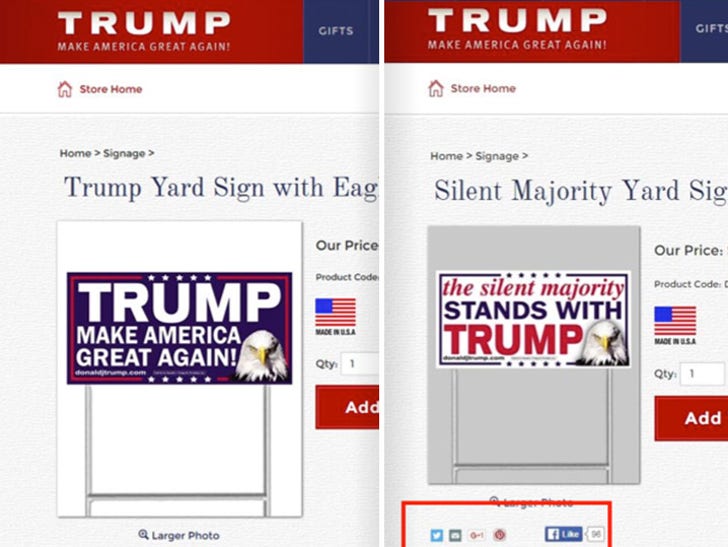 The photogs say their photo "captures a piercing, intimate, eye-to-eye moment with this majestic creature with near-perfect symmetry against a flawless sky blue background." Translation: This bird IS America!

They are VERY picky about who gets to license the image, and say the Trump campaign never got permission ... so they want the Donald to stop hawking the Eagle, stat. We've reached out to his campaign office.

This is becoming a thing -- Trump vs. eagles. 'Memba that Time photoshoot? 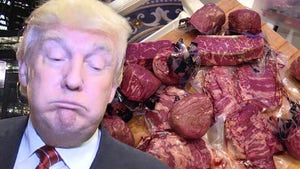