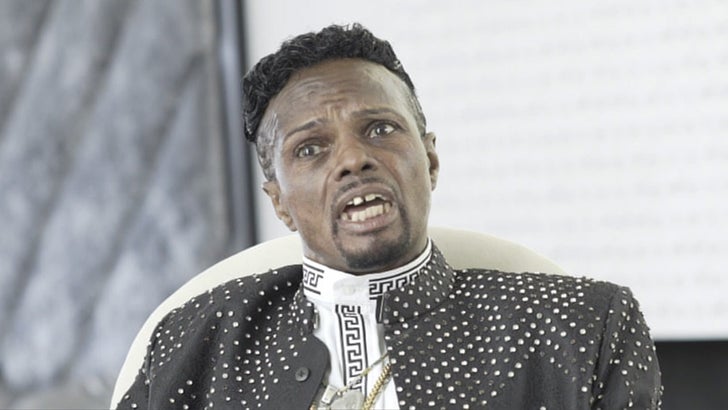 Ron Newt ... the former pimp who's suing Terrence Howard and Lee Daniels for jacking his life story to make "Empire" has created a reality version of the show, and he's shopping it around.

"The Newt Empire" follows Ron and his family full of music hopefuls as they try to make it in the biz -- and Ron tries to repair relationships he's destroyed over the years. Based on the promo reel ... Ron clearly thinks he's the real Lucious Lyon.

Unlike Lucious ... Newt doesn't have a white daughter-in-law. Instead his is a very light-skinned black woman -- but you've gotta see her describe her first meeting with Ron.

TMZ broke the story ... Newt filed a billion dollar lawsuit, claiming "Empire" went on the air after he pitched the idea to Terrence Howard. That case is ongoing, but for now Newt's just trying to find a TV home for his version.