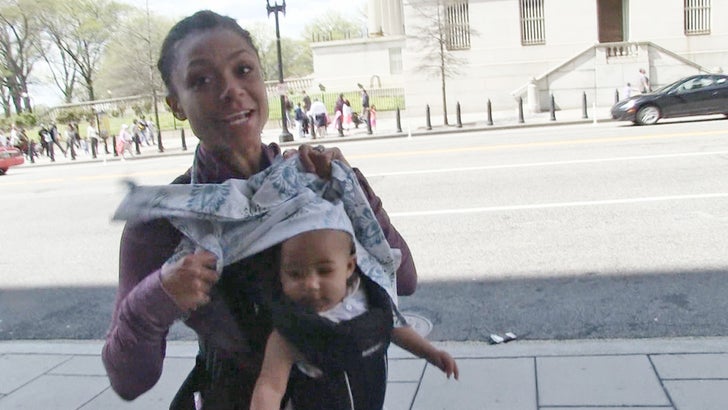 So, baby gymnastics is apparently a thing ... so says U.S. Olympic legend Dominique Dawes who says some parents start training their kids at 6 MONTHS OLD!!

The '96 gold medal winner was out in D.C. with her husband Jeff Thompson and their 2 kids (6 months and 2 years) when we jokingly asked if she had started THEIR Olympic training yet.

That's when Dawes told us some people actually DO get the Olympic ball rolling super early -- but don't worry ... she's not one of those parents.

So, how old is the right age? Check out what Dominique says in the clip. 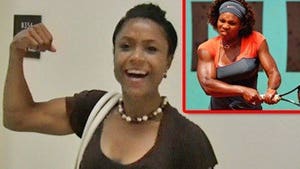 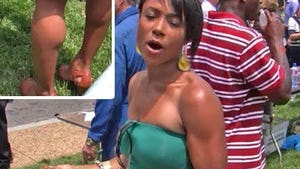 Olympic Gymnast -- In the Buff