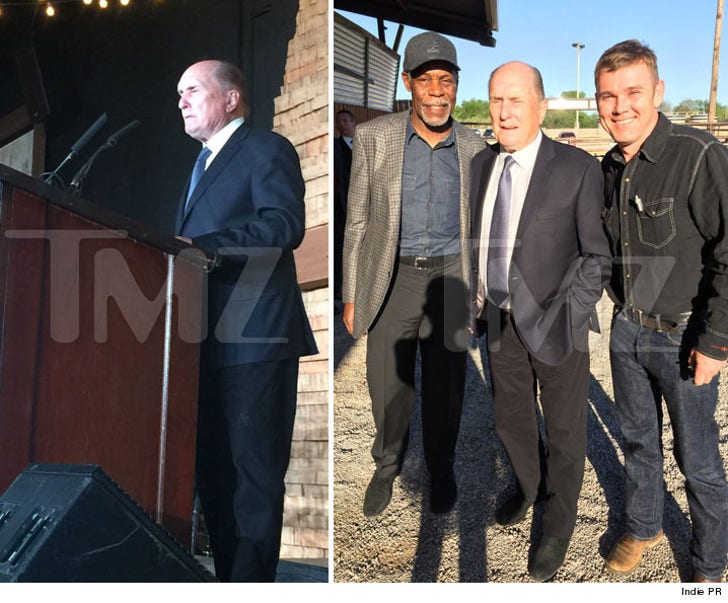 Robert Duvall looked as healthy as the horse he rode in on ... at a "Lonesome Dove" reunion Thursday ... despite reports he'd suffered a stroke.

Several news outlets reported Duvall, 85, had gone MIA the last 7 months following a health scare. But his rep, Jim Dobson, tells TMZ the stroke thing is 100% false, and the pics from the reunion in Fort Worth prove it.

The real deal -- we're told Duvall's been in Florida with his wife, Luciana, for the last 4 months ... and he's working on casting a new film in which he'll also star.

Bobby D. hung with ex 'Lonesome' co-stars Danny Glover and Ricky Schroder at the reunion, and also gave a speech to honor the classic TV mini-series.