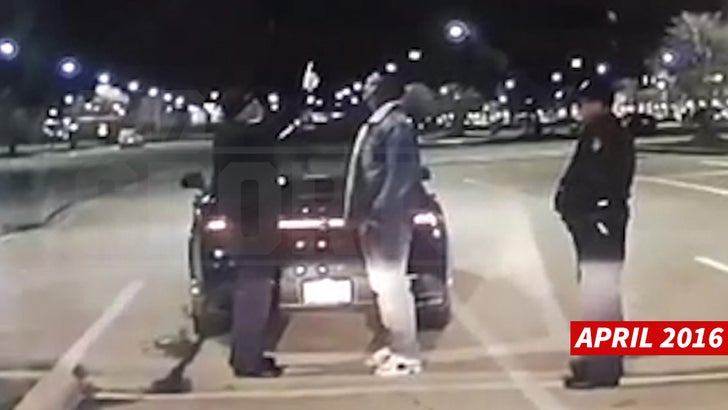 Ex Ohio State superstar Troy Smith introduced himself to the cops who pulled him over by saying, "I'm officer" ... and it went downhill from there.

TMZ Sports obtained the dashcam video shot by the Westerville, OH police officers when the Heisman Trophy winner was pulled over early Sunday morning. The cops put him through the field sobriety paces, which included reciting the alphabet -- not even backwards -- and Smith had to bail out early.

Smith also informed the officers he'd "graduated from Ohio State with a degree in bachelors."

As we reported, cops say they found marijuana in Smith's car -- he was booked for that and drunk driving.