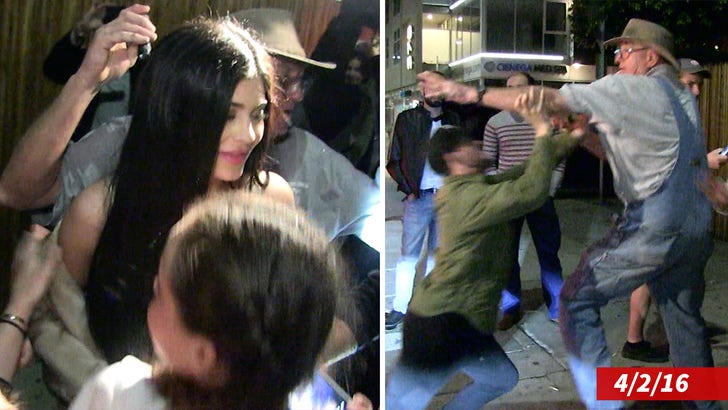 The melee that erupted around Kylie Jenner -- between a defensive grandfather and photogs -- was fueled by alcohol ... according to the grandpa's family.

We spoke to the mother of one of the 3 girls who were waiting for Kylie outside The Nice Guy Saturday night ... when the girls' grandfather opened a can of whoopass on the paps.

Sporting overalls and a cig hanging out of his mouth -- gramps looked like he was straight out of central casting, but his daughter says the fight wasn't an attempt to grab the spotlight ... it's just that he was drunk.

The mother, who wants to remain anonymous, tells us grandpa had a few drinks before going out, and then some more at a bar in Hollywood. She says the family had gone to The Nice Guy specifically to see KJ, because her 11-year-old daughter and her 2 friends are obsessed.

She says the girls are now grounded from following Kylie because she doesn't want people thinking they're stalkers. As for grandpa -- she insists he's normally a "warm, caring man."

He was NOT grounded. 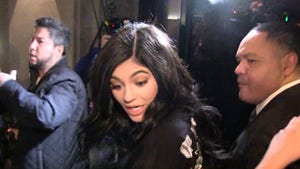 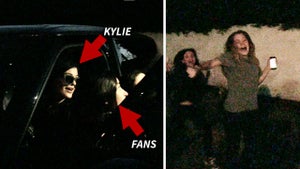