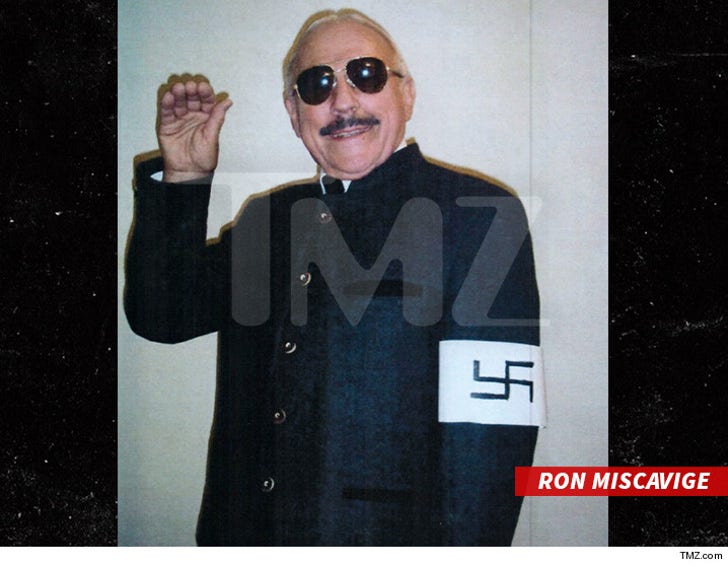 The father of Scientology leader David Miscavige appeared on 20/20 Friday night as a victim of his son's wrath, but sources connected with the Church say his dad is the real bad guy.

Church sources tout this pic of Ronald Miscavige in a Nazi uniform, taken a few years back. They also point to several letters sent to a publisher of a book Ronald wrote about his time in Scientology, warning them Ronald was a racist who was not afraid to hurl the n-word. One of the musicians claims one of Ronald's favorite lines was to sing and chant, "There is a n***** in the alley with a hard-on, spread the lard on, rub it in." They say he'd sing it to the tune of the National Emblem March.

Ron's people tell us the letters were sent at the behest of the Church to block publication of the book.

A rep for the church tells TMZ "The behavior exhibited in this photo and described in the letters is an anathema to David Miscavige and was what compelled him to try to find a way to keep his father in check." The rep says David has now disowned his dad.

Ronald has said for several years ... when he quit the Church they hired private investigators to keep tabs on him. A church attorney said it hired the guys, not David ... and didn't even tell him. However, as we reported earlier, cops say when they questioned the P.I.'s, one of them said when they thought Ron was having a heart attack they spoke with David who told them not to call 911 ... just to let him die. 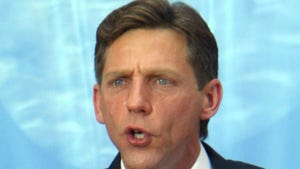