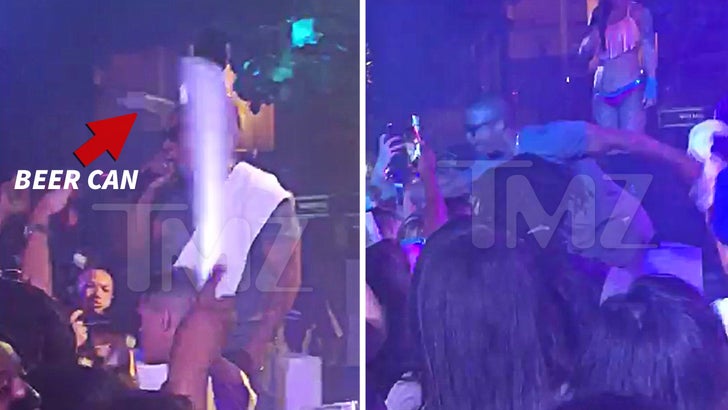 Ja Rule was so furious about getting a beer can to the dome, he stopped his show to find the person who hurled it ... and then slapped the hell out of the culprit.

We got this video of Ja performing at Harrah's Pool After Dark in Atlantic City last weekend. When the can flew out of the crowd he was only four songs into the show, but brought everything to a halt.

He immediately offered a $1,000 reward, and apparently it worked. Someone dropped a dime on the can tosser, and then Ja Rule went to work.

Watch the video ... it's a lose-lose for the fan. Lost your beer AND got humiliated on video.