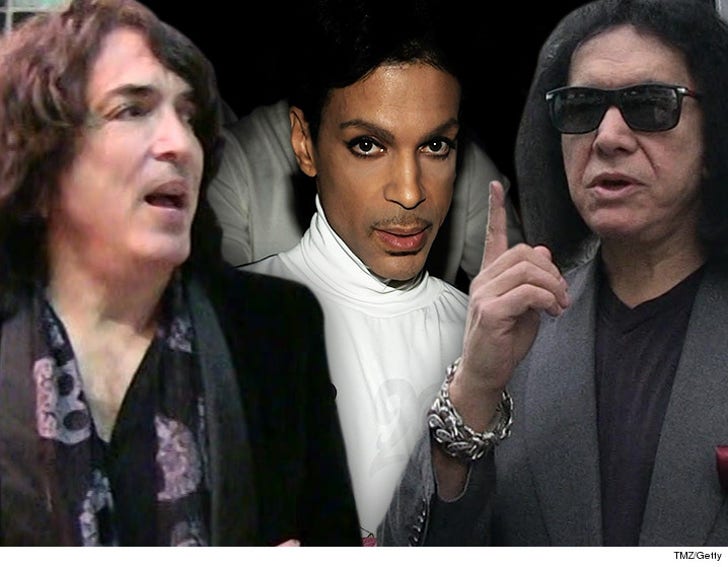 Stanley went so far as to apologize for his bass player ripping Prince for using drugs. Simmons told Newsweek, "How pathetic that he killed himself. Don’t kid yourself, that’s what he did. Slowly, I’ll grant you... but that’s what drugs and alcohol is: a slow death.”

Seems Paul was blindsided by the interview. He tweeted, "Embarrassed by cold clueless statements re Prince's death. Without all the facts better to say nothing. My apologies."

After Gene's interview came out, there was a backlash from many KISS fans who felt he was insensitive -- so Paul appears to be doing damage control.

Gene himself sort of backed down, saying he grew up viewing drug addicts "as losers," and it's hard for him to see it differently now. The apology seemed a little forced, since he admitted ... "I just got s*** from my family for my big mouth again."