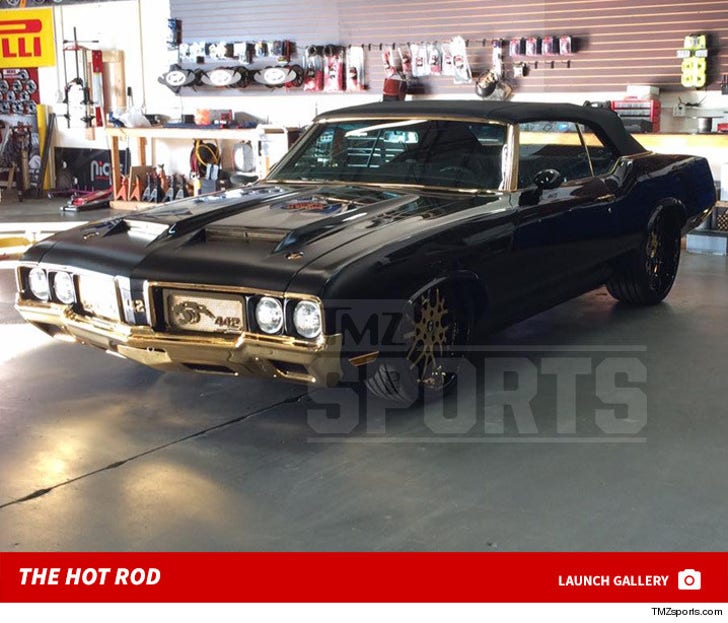 Check out Cam Newton's pimped out 1970 Oldsmobile 442 Cutlass -- which was custom plated with real 24 karat gold ... TMZ Sports has learned.

We spoke with the people at Monster Customs in Marietta, Georgia who told us Cam brought in the car a few months ago and wanted to fully upgrade the whip ... from the guts to the exterior.

"We redid the entire car," owner Terry Dobbs told us ... "Fixed the motor. Alcantara leather on the inside with gold stitching in a diamond pattern, new carpet, bigger wheels, new sound system."

And get this ... Cam told the guys that the car would "lean" when some of his bigger friends got in the ride (looking at you, linemen) ... so Monster put a new air-ride system in the whip which levels it out.

And the crowning jewel -- a custom 24k gold plated panther head on the grill ... along with the initials "C1N."

All in all, we're told the car had roughly $45k worth of work done. 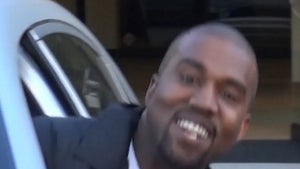 Kanye West -- So Cheerful Until His Maybach Goes South (VIDEO) 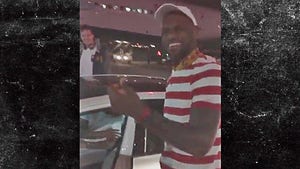