Christine Burke, the woman the photo agency identified as Scott's make-out partner, just said the photo is not her ... she says she's not even in France, and the lady is just a dead ringer for her.

Scott Disick sucked face in a big way over the weekend in the South of France.

Scott was all over Christine Burke, one of the women he hangs with from time to time. They were in Cannes, presumably to party with all the celebs who were there for the film festival.

It's super interesting ... 20-year-old Christine is a dead ringer for Kendall Jenner.

As for Kourtney ... that appears dunzo. 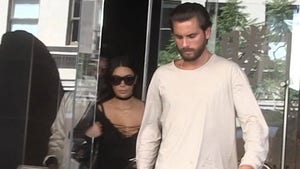 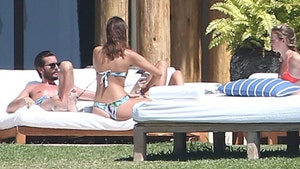