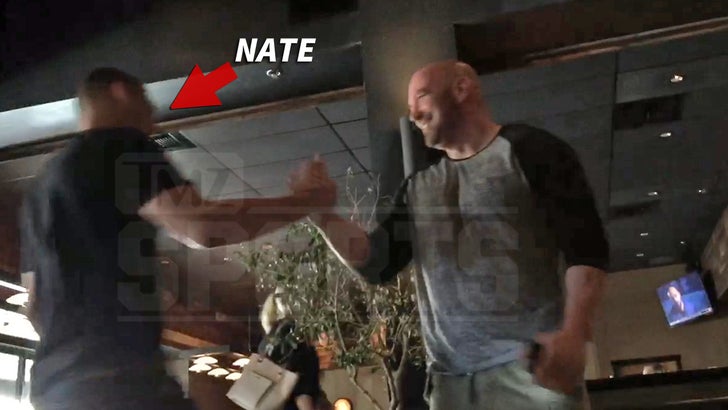 3:45 PM PST -- We contacted Dana just after he returned to Vegas and he said, "Obviously I'm not going to disclose details of the deal, but let's just say my trip to Stockton didn't go well."

Dana White flew to Stockton, CA Friday to seal the deal for a rematch between Conor McGregor and Nate Diaz, but we've learned it all went south and the UFC Prez stormed out of the tavern.

We got video of Dana greeting Nate, the same way he met Conor earlier in the week at a Bev Hills hotel -- smiles and hugs.

Our Stockton spies -- yeah, we got those -- tell us Dana, Nate and a couple of suits were all friendly as they chowed down, but the talk got serious and ended abruptly when Dana was visibly angry, stood up and beelined it for his SUV.

Unclear what torpedoed the meeting, but we've covered this stuff long enough to know it usually involves money. We know Conor was poised to score a $10 mil payday for a rematch. We don't know what Nate wants. 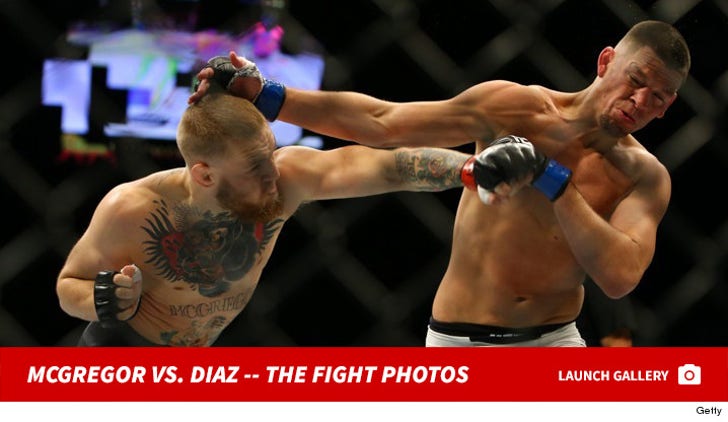 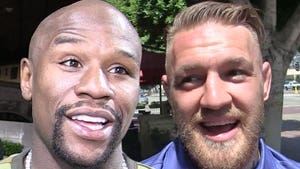 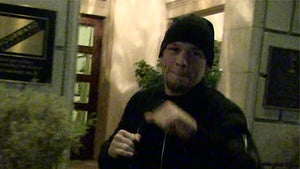