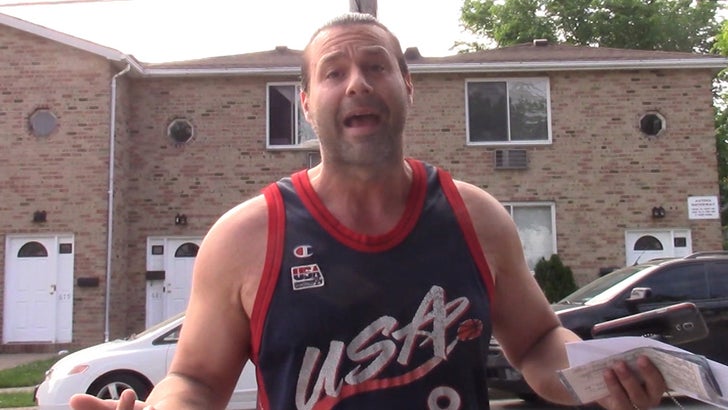 Kim Kardashian's ex-bodyguard ... whose big mouth might have already cost him $30 million, is blabbling again -- this time claiming he'll gladly stop talking for the right price.

As TMZ first reported, Kim and Kanye West are threatening to sue Steve Stanulis into the stone ages for breaking his confidentiality agreement. You'll recall he did a bunch of interviews claiming he was fired for chatting up Kim on the job ... which they deny.

Stanulis seemed to laugh off the threat Thursday in Staten Island, saying he's still owed money from his last gig with the Wests -- and insinuating he never signed any agreement.

Check out the video ... which, by the way, might end up costing him another $10 million! Not smart.

As for his claim about back pay -- we're told the security company that hired Stanulis is still waiting for him to turn in an invoice and expense report. So, he's only got himself to blame. 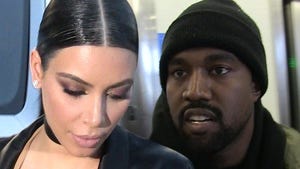 Kim Kardashian and Kanye West -- We Never 'Fired' That Bodyguard ... He Was Only a Temp 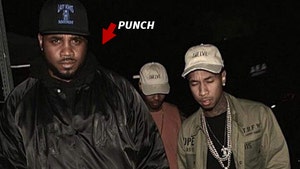