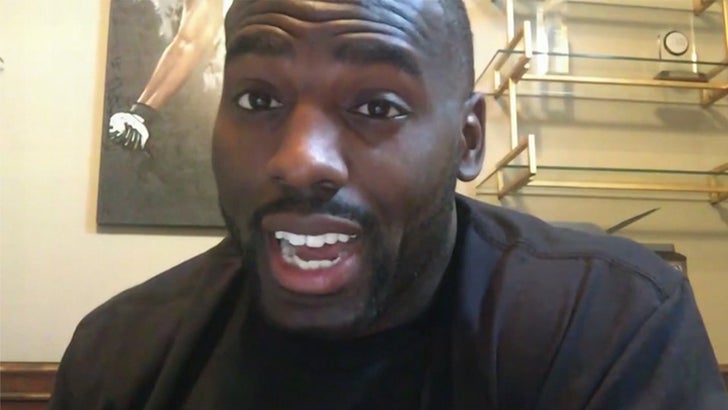 Houston Texans linebacker Whitney Mercilus is desperately trying to find his missing dogs, Rocky and Princess ... and says he's concerned they may have been taken.

Mercilus says his beloved pets -- a German shepherd and a yorkshire terrier-chihuahua mix -- got out of a gated area at his Houston area home Thursday while he was at football practice.

WM has been asking the public for help ... and says he's already gotten a few leads.

The most promising tip ... witnesses say a white landscaper truck with blue lettering was spotted picking up the dogs in his neighborhood and putting them in the back of the ride. He's doing everything he can to track down the truck.

Whitney is begging anyone with information to help out -- "I would love for them to be back home safe and sound."