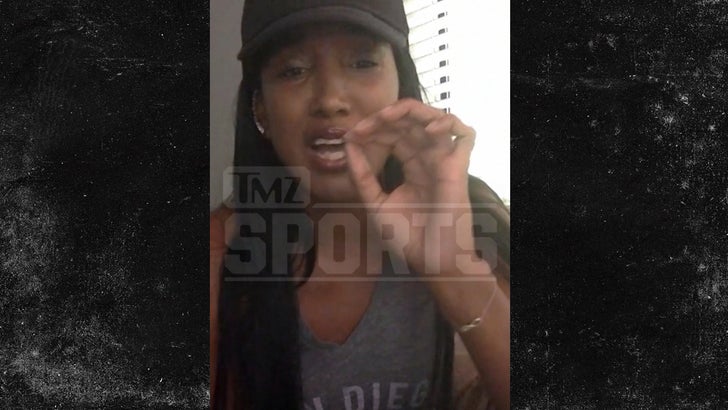 WNBA legend Candice Wiggins -- a superstar during her college career at Stanford -- says the judge in the Brock Turner rape case should be removed ASAP ... saying a 6-month jail sentence is "beyond ridiculous."

Turner -- who was a member of the Stanford swim team -- was convicted of raping an unconscious woman on the Stanford campus in 2015. He faced 14 years in prison, but was only sentenced to 6 months in jail.

People were pissed at the sentence -- claiming he was given a huge break because he's a white male star athlete. A Change.org petition calling for Judge Persky's removal has more than 700k signatures.

Count Wiggins as one of the outraged people -- telling TMZ Sports, "It was really hard to see what the judge, how the judge responded. He was totally wrong."

"The judge should be removed," Wiggins said ... "I honestly think that 6 months is beyond ridiculous and, I think whatever years whether it was 14 or 6 years, he needs to face what he did. And I think that’s the most important thing. Him understanding what he did was wrong."