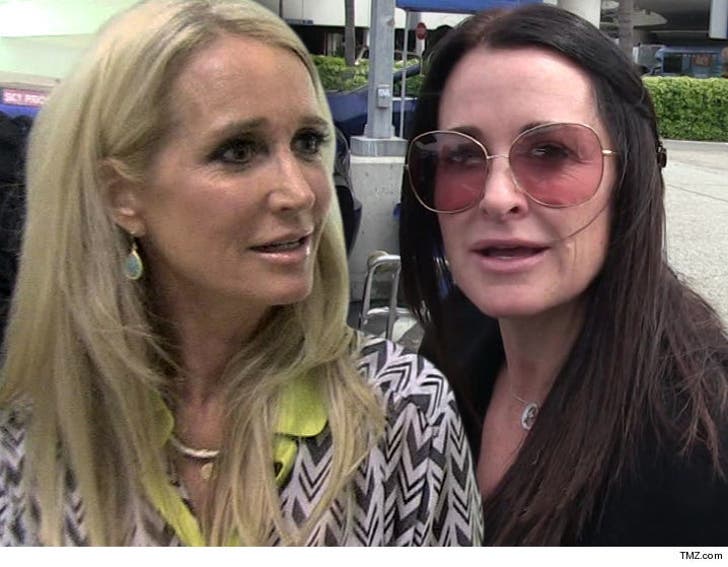 Kim and Kyle Richards are being sued by a stylist who claims Kim's pit bull viciously attacked her and Kim refused to call 911 unless the woman lied to protect the dog.

Paige Sanderson says in a new lawsuit -- obtained by TMZ -- she went to Kyle's house in April to help Kim dress for a promotional appearance for 'Real Housewives of Beverly Hills.'

Sanderson says when she saw Kim's pit bull, Kingsley, she became fearful and ran into a bathroom. She says she was assured the dog was docile, so she came out and says Kingsley went ham.

Sanderson says the dog lunged at her, bit and held on to her lower abdomen and crotch, tearing off her leggings and underwear and ripping out portions of flesh.

From there she says it only got worse. According to the lawsuit, Kim refused to call 911 unless Sanderson lied to EMT's by blaming the attack on a stray dog ... not Kingsley.

Kingsley has a history of attacking. The dog bit Kyle's daughter, Alexia﻿, in November 2014, sending her to the hospital. The dog also attacked a dog trainer and an 80-year-old woman.

As for Sanderson, she's suing Kyle because the attack occurred at her house. She wants a ton of money for emotional distress, cosmetic surgery and medical bills. 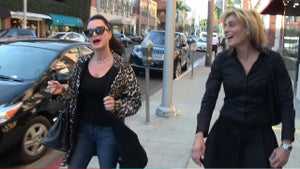 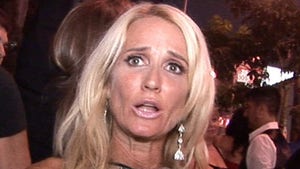