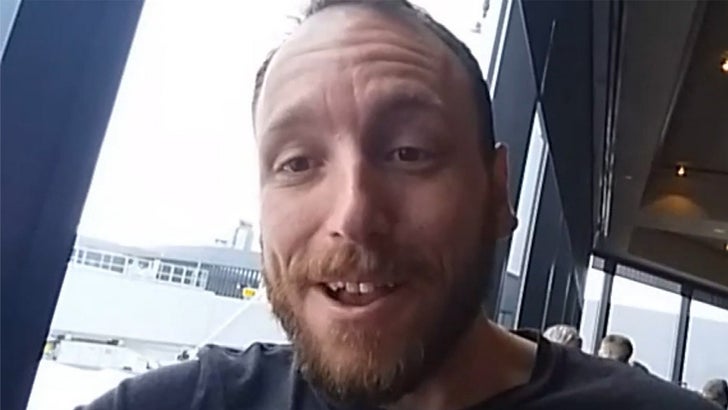 Vegas, THE (eating) CHAMP IS (almost) HERE ... and he's ready to eat wings, check out chicks in bikinis, and party hard!!

TMZ Sports talked to hot dog eating champion Joey Chestnut less than a week after his dominating 70 dog performance at the Nathan's Famous competition on July 4th in NYC ... and the legendary competitive eater is still in "celebration mode."

Chestnut was at the airport on his way to a bachelor party in San Diego ... before hittin' Vegas later tonight.

On the Las Vegas agenda ... judging a bikini contest and some hardcore post-fight partying.

Oh yeah, Joey's also competing against rival Matt Stonie in the Hooter's wing eating competition on Monday ... but not before "BLACKOUT CHESTNUT" makes a cameo.