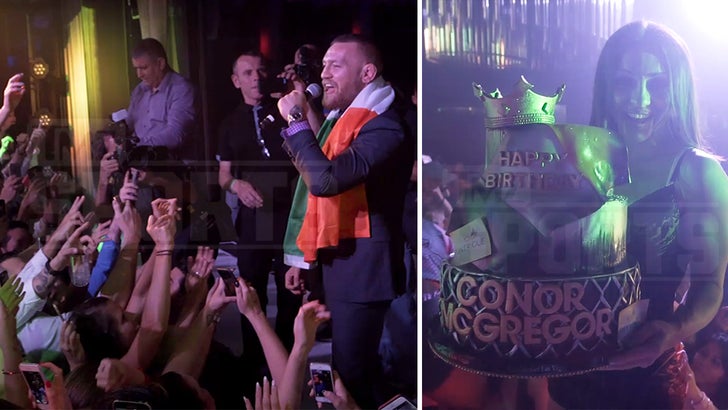 Conor McGregor's post fight after-party turned into an INSANE birthday party for the UFC superstar ... with hot chicks and Champagne ... and of course, an AWESOME birthday cake!!

The party went down last night at Intrigue Nightclub at the Wynn in Vegas. McGregor rolled into the club around midnight with GF Dee Devlin ... and partied with hundreds of pumped up fans.

McGregor -- who turns 28 in a few days -- was surprised with a huge 3-tier cake ... adorned with a crown and Octagon fence.

Of course, McGregor was supposed to make $10 MILLION last night fighting Nate Diaz ... but that clearly didn't affect the turn up. 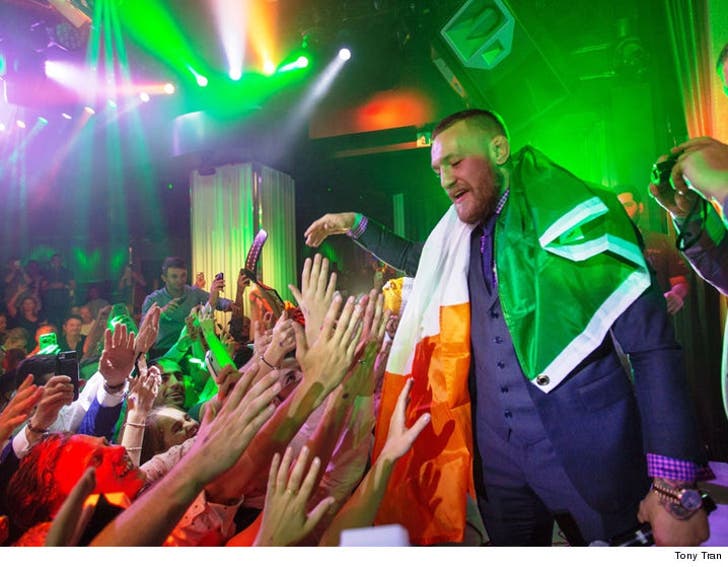