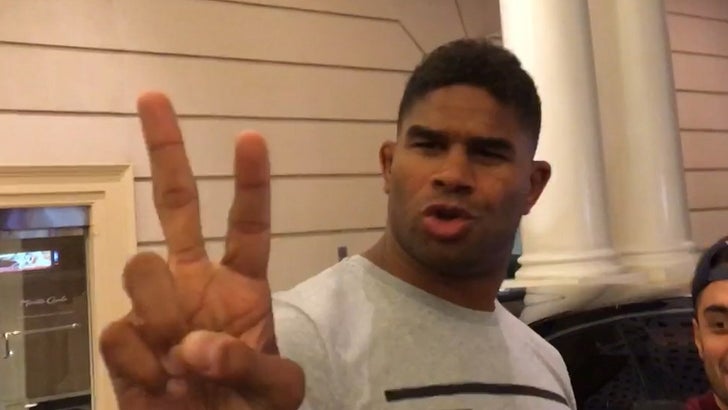 Alistair Overeem is so confident he'll destroy Stipe Miocic at UFC 203 -- he's calling his round!!!

Overeem was out in Vegas recently when we asked about his big title fight with the UFC heavyweight champ in September ... a fight in which Alistair will be gunning for his 5th straight victory.

You can tell his confidence is through the roof.

By the way, we also asked the Dutch fighter to tell the best thing about Amsterdam ... and no, his answer wasn't the weed ... or the Heineken brewery ... or the red light district.