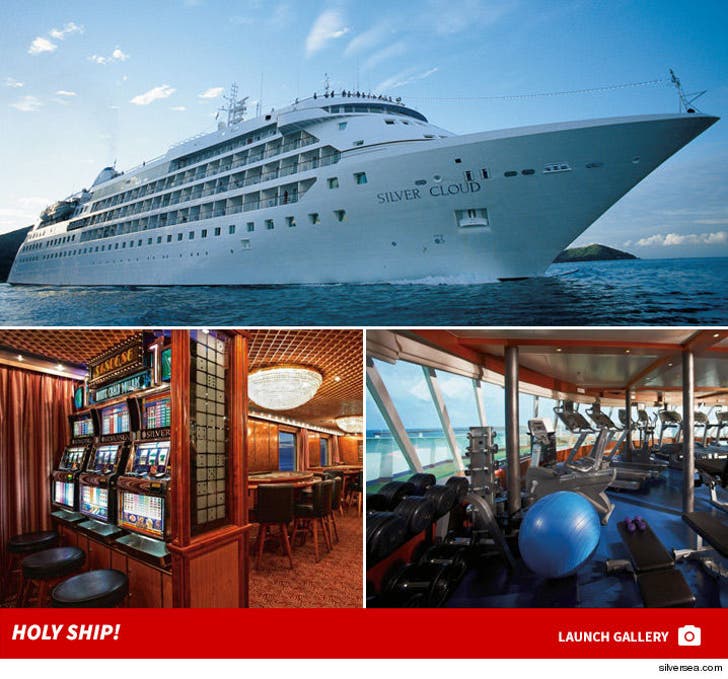 Screw hotels, the Team USA basketball squad is staying on a massive cruise ship during their stint in Brazil ... complete with round the clock security and a bulletproof security wall!!

Both the men's and women's team are staying on a 16,800 ton behemoth called the Silver Cloud -- a luxury liner that features a pool, gym, cigar lounge, bar ... the works!

A rep for Team USA tells TMZ Sports, "Hotel rooms were scarce in Rio, we ended up getting some rooms on the ship for our teams."

"This is not something new, in 2004 we stayed on a ship for the Athens Olympics. The U.S. men’s and women’s basketball teams are not the only guests on the ship, there are others outside the organization."

Interesting note -- some of the rooms were replaced with 7-foot beds to accommodate the massive stars ... so says the Daily Mail.

The only thing left is to cruise to gold medal ...