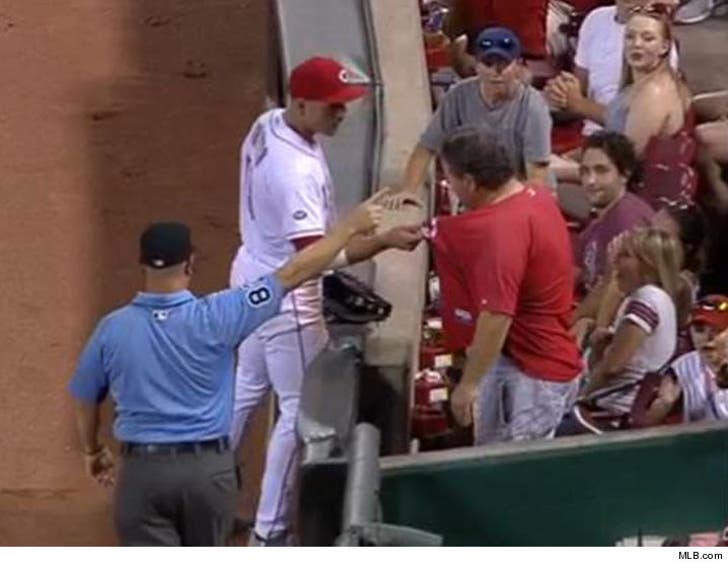 Cincinnati Reds star Joey Votto did the quickest 180 in baseball history Tuesday ... totally hooking up a fan with an autograph moments after shaming him on national TV for bad baseball etiquette.

Votto was trying to snag a fly ball during the 7th inning of last night's game vs. the Cardinals when an excited fan seemed to impede his ability to make the catch.

Joey's initial response? SHAME. He grabbed the man's Reds jersey ... reminding him what team he was rooting for and when to get the hell out of the damn way.

Clip went viral instantly ... but while the Internet was eating it up, Votto was already doing an about-face ... going back to the dugout and writing out an apology to the man on a signed baseball.

Everybody won (including the Reds 7-5) but next time get outta the damn way, man!!! 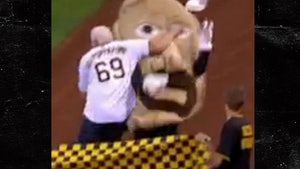 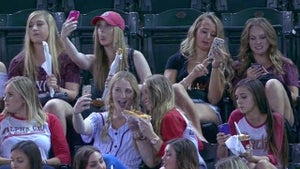