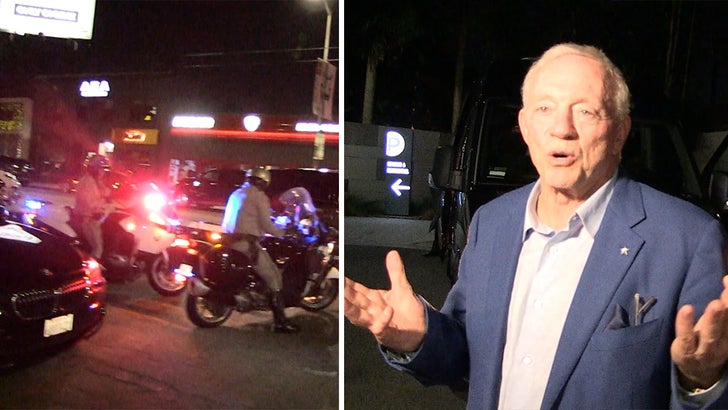 One preseason game and Cowboys owner Jerry Jones is already over his crush on Johnny Manziel -- telling TMZ Sports he's fired up about his brand new #2 quarterback ... Dak Prescott!

After Dallas lost to the Rams last night (who cares, it's pre-season) Jerry and his family hit up Nice Guy in L.A. with an apparent police escort.

And with Jerry's son Stephen Jones recently saying Manziel is out of consideration for the Cowboys backup job, we went straight to the boss to ask if that was really the case.

Jerry gave a 2 word explanation as to why Johnny's on the outs -- DAK. PRESCOTT.

JJ also talked about why he's so pumped about the Rams being in L.A.