Try telling WWE security that wrestling's fake ... 'cause a security guard in Texas slammed the hell out of a fan who tried to rush the ring during 'RAW' Monday night ... and it was all caught on video.

It all went down while Seth Rollins was doing a promo in the center of the ring at the American Bank Center ... some idiot tried to run from the stands into the ring ... when security jumped into action.

Props to security ... who executed a pretty sweet takedown.

This random dude jumped in the ring and tried to fight @WWERollins ! 😂👊🏼 pic.twitter.com/3woF2rSqEq 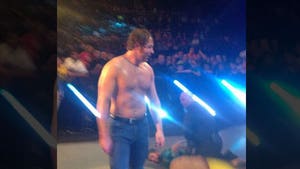 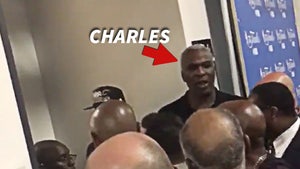