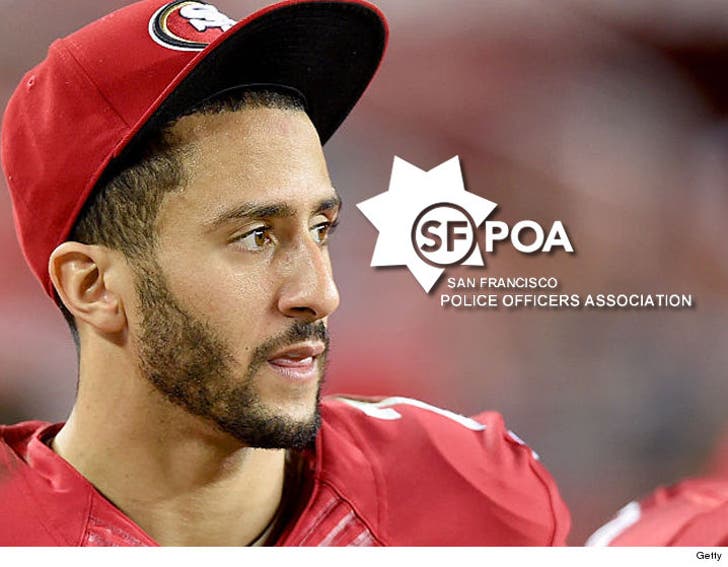 The San Francisco Police Officers Association is demanding an apology from the 49ers and the NFL -- claiming "your employee," Colin Kaepernick, has disrespected cops ... and they won't stand for it.

The SFPOA -- the largest union representing the S.F.P.D -- has fired off a letter to 49ers owner Jed York and NFL commish Roger Goodell to address the "recent ill-advised statements" made by the quarterback.

"We will not stand by while he attacks police officers killed in this country with statements such as 'People are on paid leave while people of color are killed.'"

"Not only does he show an incredible lack of knowledge regarding our profession and 'officer involved' shootings, but also shows a naivety and total lack of sensitivity towards police officers."

The SFPOA says Kaepernick has "embarrassed himself, the 49ers organization, and the NFL based on a false narrative and misinformation that lacks any factual basis."

The organization says it has invited Colin -- and any other NFL employee -- to visit the SFPD Academy to help educate them about police training and what officers go through on a daily basis.

"Until then we hope your organizations choose to do the right thing and at least apologize to the many police officers Mr. Kaepernick has disrespected for no apparent reason." 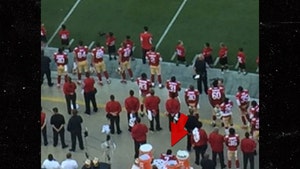