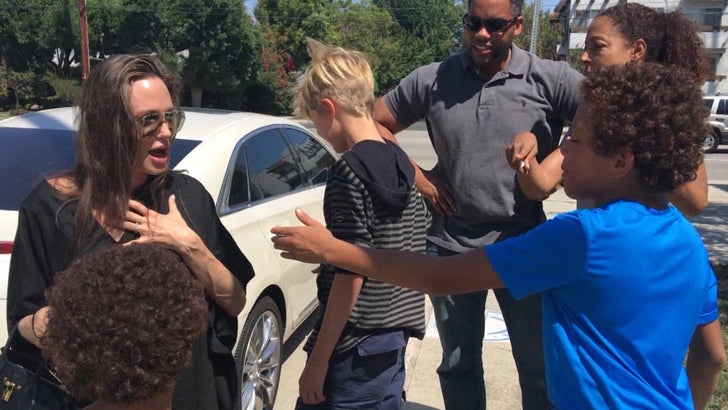 Angelina Jolie combined her love for kids and gigantic stuffed animals ... and a couple of 8-year-old entrepreneurs made out big time.

It all went down Sunday when Tim Alexander and his twins, Allen and Brandon, were in Toluca Lake, CA trying to sell "Big Bear" ... an 8 1/2 foot tall teddy bear for $50. After an hour, they had no takers. 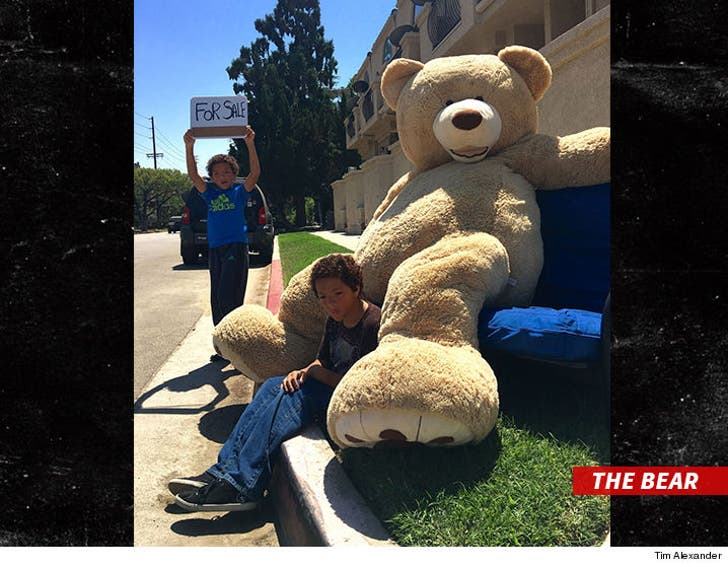 Then suddenly, Tim says a Cadillac pulled up with Angelina and Shiloh inside, and BOOM ... they had a taker. He says Angelina doubled the twins' asking price -- handing over $50 to each of them.

Dad says Allen and Brandon had no idea Angelina was a celeb, but he filled them in later with a "Kung Fu Panda" reference. 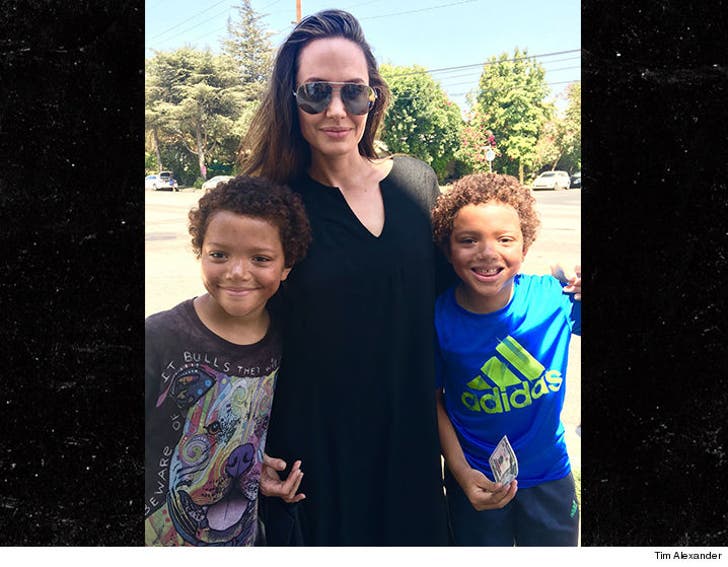 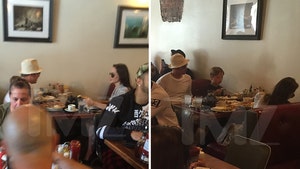 Brad Pitt And Angelina Jolie -- No Peeing On Our Property