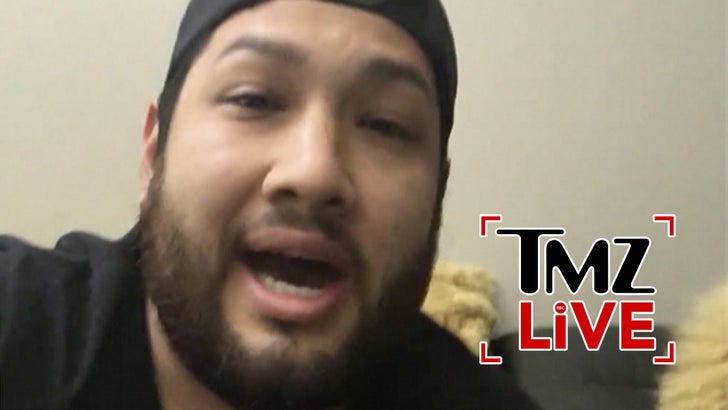 The woman who got Chris Brown arrested Tuesday had a curious reaction for someone who allegedly had a gun pulled on her.

Baylee Curran's friend, Christian Bonilla, just appeared on "TMZ Live" to talk about his interaction with her right after the incident. He's the one who brought her to the party but left early, only to get a text from her asking him to pick her up.

And Christian also says Baylee's not the kind of person you want to get angry.

Chris claims she made the whole thing up out of anger, because he kicked her out of his house.