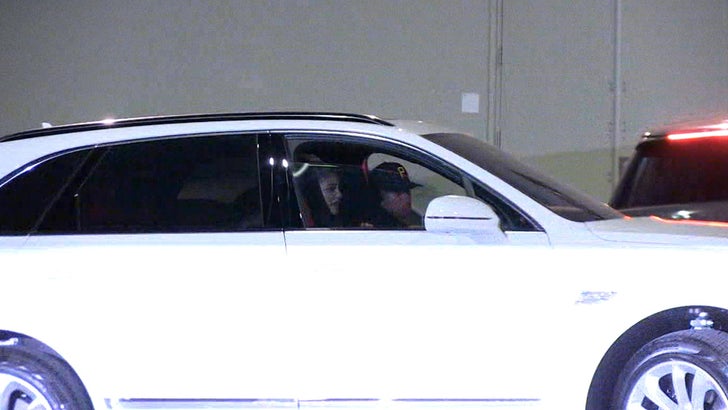 Kylie says the $300k SUV was the reason she was at the dealer on Tuesday. She claims the story we broke -- about Tyga's Ferrari getting repo'd -- nearly blew her surprise.

Check out the video ... they took it out to Neuehouse Hollywood on Wednesday night.

KJ was super excited for the Bentley's unveiling, but Tyga was speechless. Probably still thinking about losing his sports car .. and a bit of dignity.

As for Kylie insinuating the repo was a "fake story?" LOL. We've seen the paper work. 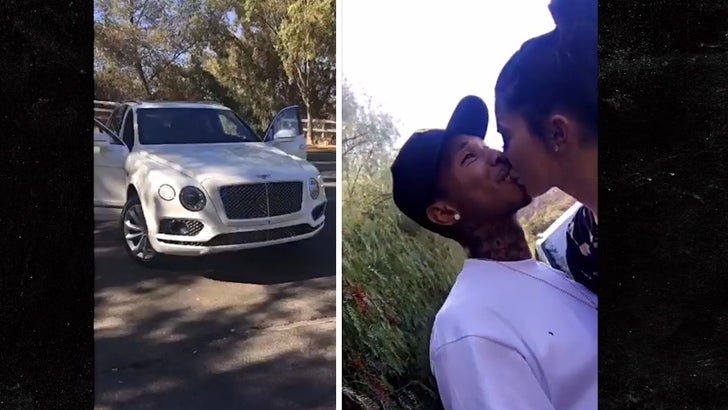 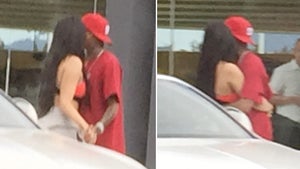 Kylie Jenner, Tyga -- In Case There Was Any Doubt ... (PHOTO GALLERY + VIDEO)