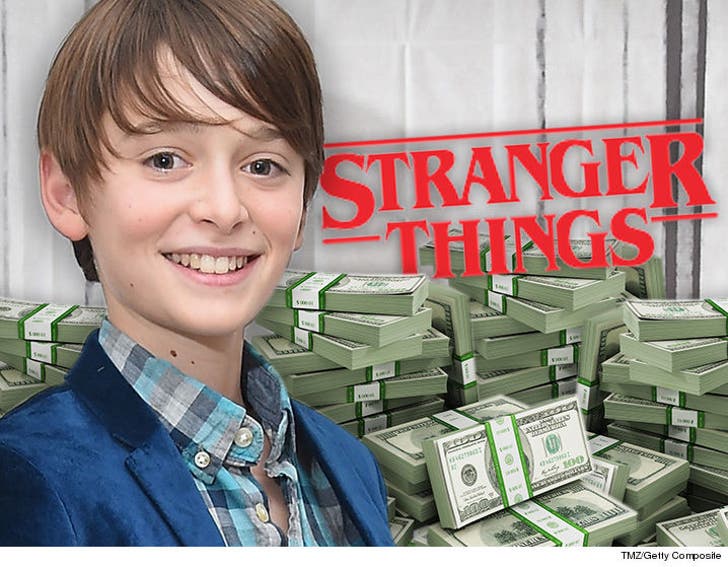 The kid who played Will Byers in "Stranger Things" got a sweet paycheck ... especially for an 11-year-old ... who was barely in the show.

Noah Schnapp's contract says his pay rate was $10k per episode for season 1, with 5 episodes guaranteed. That means he got at least $50k ... even though he only showed his mug in 4 of the 8 total episodes.

Noah's in line for a big raise if they bring him back for Season 2, which just got greenlit. According to the docs, he'll be bumped up to $20k per episode.

Time for Noah to start sweet talking those writers. #SqueakyWheelGetsPaid