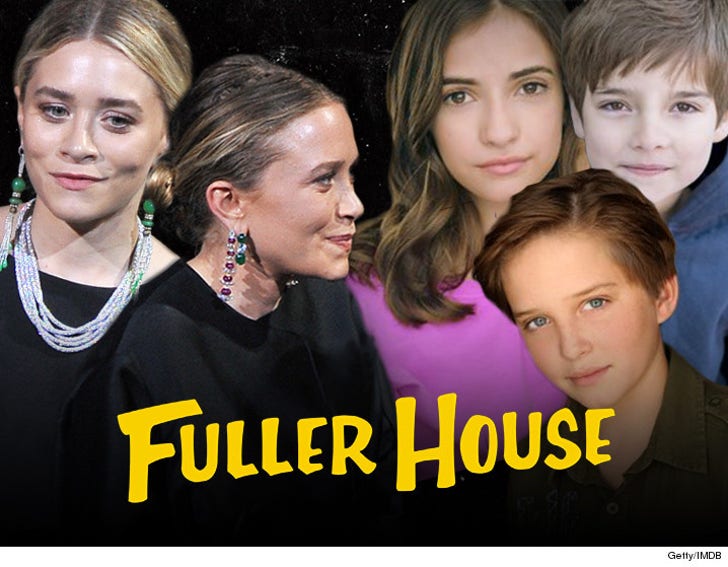 The kids who are starring in "Fuller House" are making around 10 times what the Olsen twins banked when they first starred in "Full House."

The rebooted version debuts later this month and, of course, it's 29 years later, but still the new salaries are impressive ... this according to their minors' contracts obtained by TMZ.

14-year-old Sonia Bringas, who plays Kimmy Gibbler's daughter Ramona, will rake in $15k an episode ... this according to her minor's contract. Michael Campion, also 14, who plays D.J. Tanner's son, will make $12k an episode. And 9-year-old Elias Harger, who plays D.J.'s other son, cashes in with $10k an episode.

Don't feel sorry for the Olsens ... they lord over a billion dollar fashion empire.