Joseph Baena is proving to be a chip off the old block -- at least when it comes to playing The Terminator.

Arnold Schwarzenegger's son is the spitting image of his dad ... so no big surprise he's breaking into acting.

Joseph stars in a 2-minute short film directed by his friend, Ben Hess ... it's a shot-by-shot remake of the end of the famous bar scene in "T2: Judgment Day."

Ben tells TMZ ... the vid was for a competition for Film Riot. He says he met Joseph 4 years ago and they've been buds ever since. He hit him up about the project and he was up for it.

The scene was shot last Saturday night at a restaurant outside of Bakersfield ... they'll find out if they won in a few weeks. 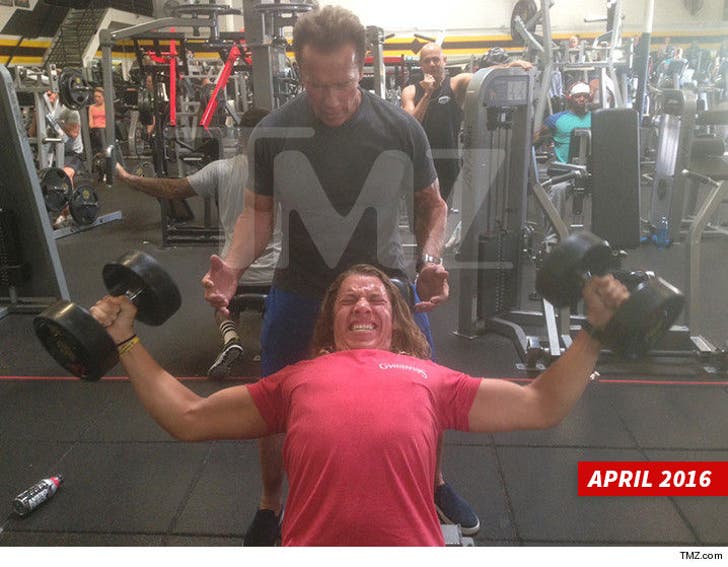 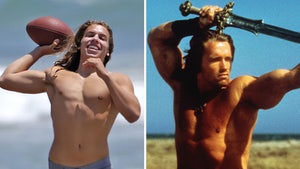 Arnold Schwarzenegger -- My Son Is a Not So Mini-Me (PHOTO) 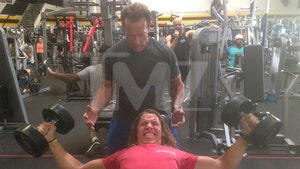