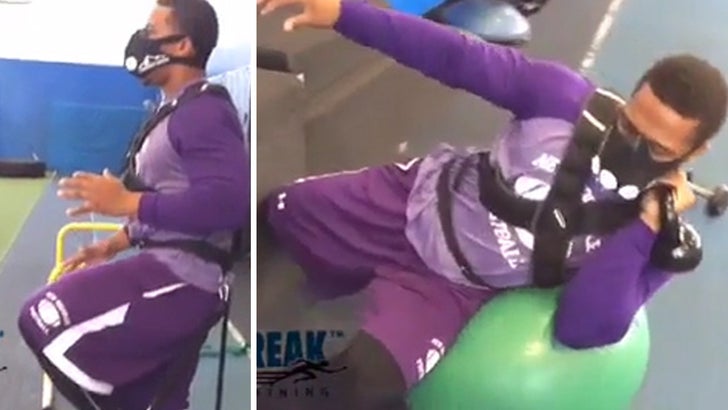 Ray Rice hit the gym HARD Tuesday -- continuing to train to play in the NFL this season ... and sources tell TMZ Sports multiple teams are inquiring about him.

The 29-year-old hit up BlueStreak Sports Training facility in Stamford, CT yesterday -- and grinded out a pretty intense workout complete with an oxygen deprivation mask. He looks good.

ESPN's Adam Schefter reported this week that there's a "growing sense" Rice will get a shot to play this season -- and it's clear Ray knows it. We're told he's been working out like a maniac.

Rice hasn't played a single down in the NFL since 2013 -- following his violent elevator attack on his now-wife, Janay. He's apologized left and right ... and has begged teams for another chance.

Two huge questions remain ... will a team actually pull the trigger? And can Rice return to Pro Bowl form? 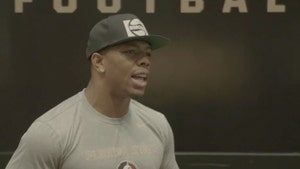 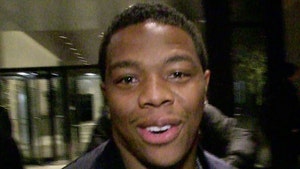 Ray Rice -- I'd Donate Game Checks to Charity ... If NFL Team Signs Me