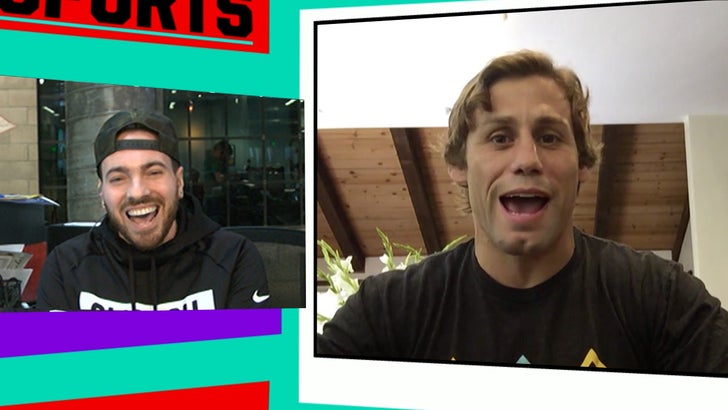 Faber joined the "TMZ Sports﻿" TV show (weeknights on FS1) to break down the brawl.

ICYMI, Sean Thompson, 32, was arrested for smashing a pie in the face of Mayor Kevin Johnson -- a former 3x NBA All-Star -- at a charity event Wednesday night.

What happened next, priceless.

For the pie, Thompson got two things ... his ass kicked by the mayor, and arrested.

Watch Urijah describe the fight ... and its aftermath!