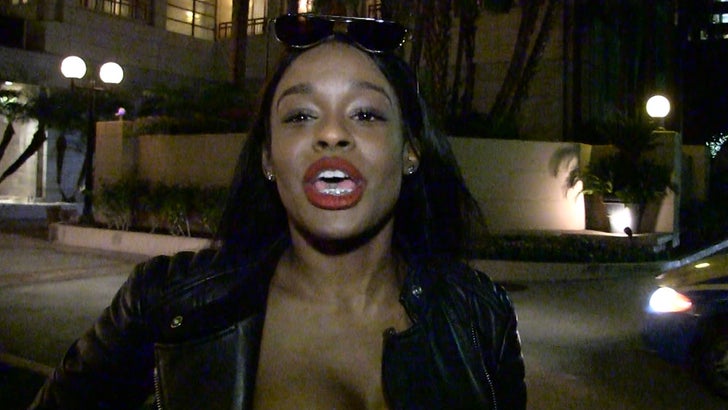 Azealia Banks is sticking to her story -- that Russell Crowe choked her, spit on her and called her the n-word over the weekend ... and adds her so-called pal, RZA, essentially has no balls in Hollywood.

We got Azealia in Century City and she explained her version of what happened at Russell's disastrous Beverly Hills Hotel dinner party -- and it sounds like she tried making a joke which bombed and then things got ugly, fast.

In her eyes, she bruised some egos and then suddenly she was being choked, spit on and called racial slurs by Crowe. As for whether she used the n-word ... Azealia cops to it, but believes she has a good excuse.

Check out the clip -- she's got choice words for RZA and the deal she almost signed with him. She also plays it coy about following through on criminal charges against Crowe. 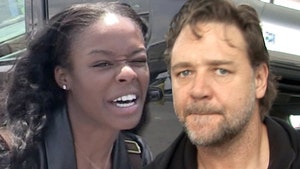 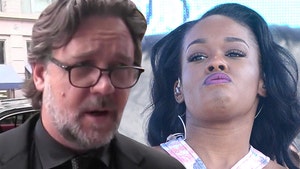