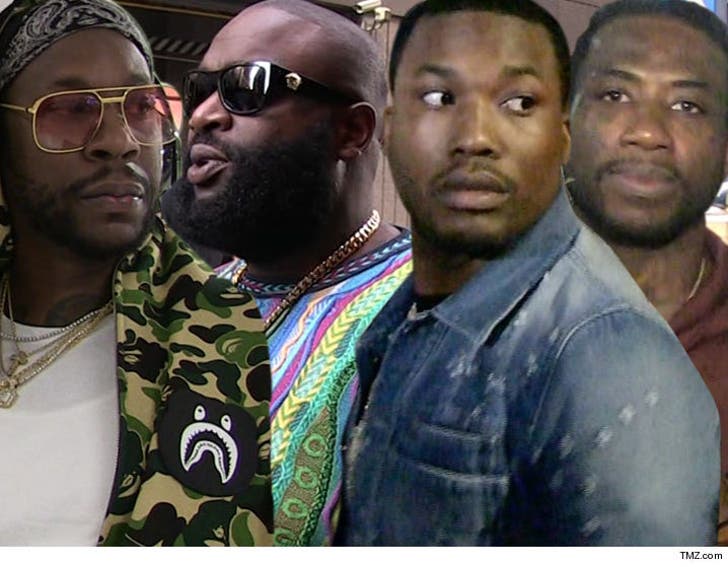 Gunfire erupted dangerously close to Meek Mill, Rick Ross, 2 Chainz and Gucci Mane while they were on the set of their new music video ... TMZ has learned.

The 4 rap heavy hitters were up on a rooftop in Atlanta shooting their vid for "Buy Back the Block." Everything seemed to be running according to plan until several shots rang out ... forcing the rappers to hit the deck.

Our sources say the gunfire didn't happen on set, but at an apartment complex nearby.

The Atlanta PD tells us they got a call for shots fired in the area ... but there were no injuries or arrests made.

The impressive part -- we're told everyone remained on set and completed the shoot ... for the music vid. 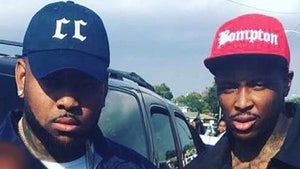 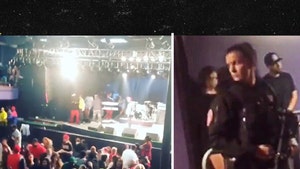