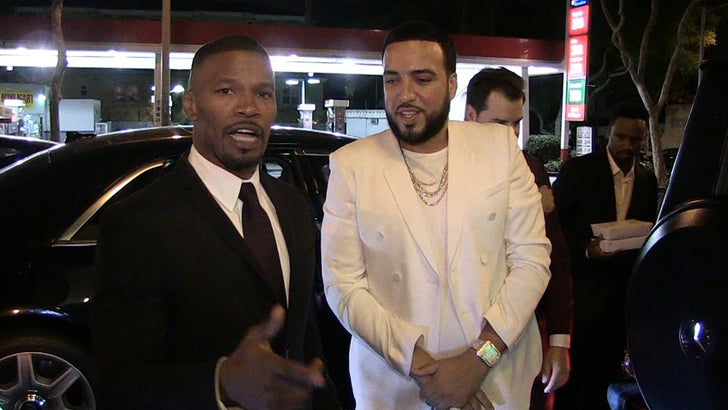 Floyd Mayweather and The Game are just the beginning ... Jamie Foxx says he's got some HUUUGE stars making surprise appearances in his new movie -- and revealed one right on the street.

Foxx was leaving Drake's birthday party at Delilah in L.A. when he ran into French Montana -- and revealed he's ALSO in "All-Star Weekend" ... which Jamie is producing and directing.

The two talk shop -- and then Foxx breaks down French and Floyd's skills on camera.

BTW, there's rumblings LeBron and Steph Curry will appear in the flick -- and yeah, that WOULD be epic! 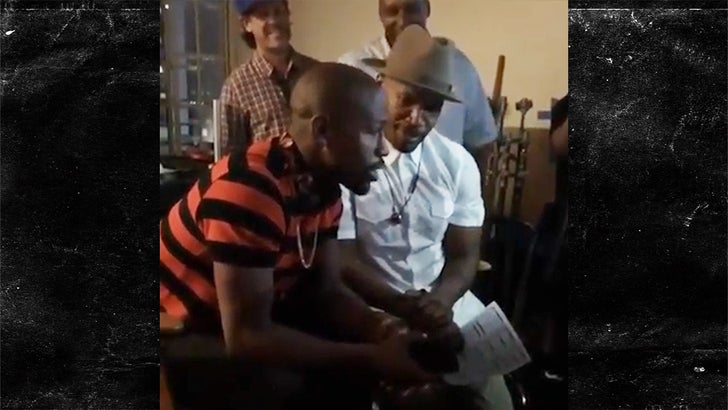 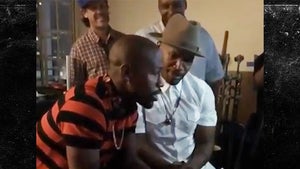 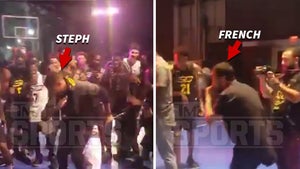