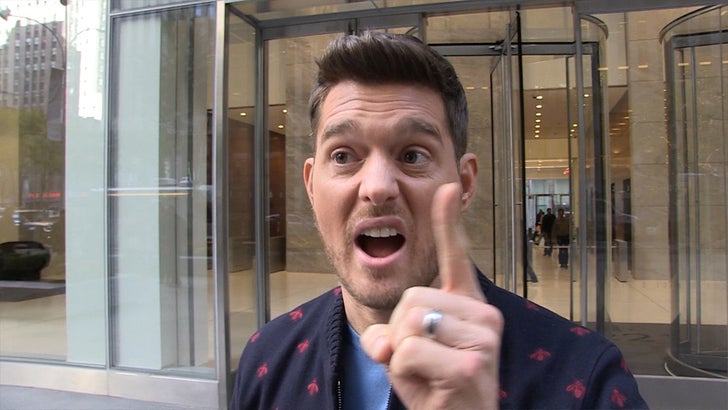 Michael Bublé ain't gonna play that "Dance, monkey!" game just to promote his new album -- the man's got some dignity, damn it! Or not.

You gotta love Bublé in this clip 'cause the guy very smoothly earned the Best Shameless Plug award. Yes, he's pushing his new record, "Nobody But Me" ... but at least he makes ya laugh while he's doing it.

He even turned Eminem's "Lose Yourself" into a swinging little diddy, and -- brace yourself -- dropped a few f-bombs! 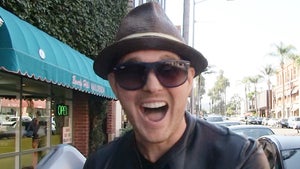 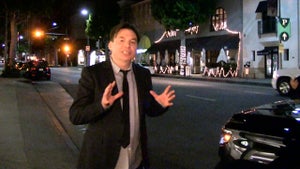