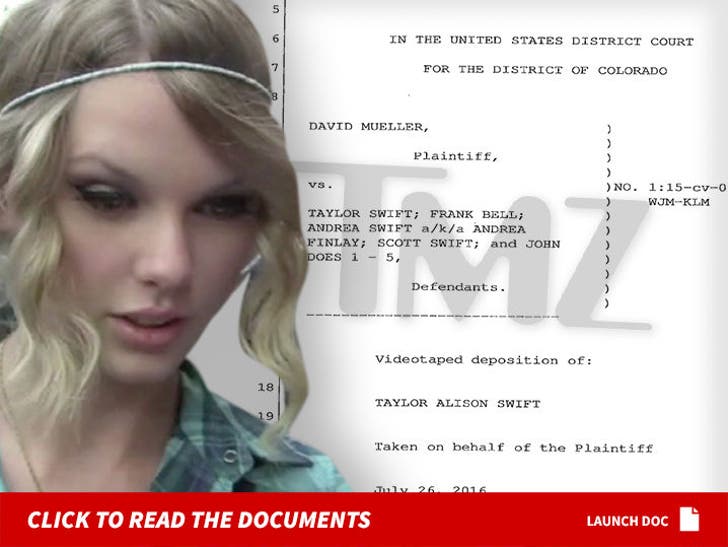 Taylor Swift provided a blow-by-blow account of the moment she says a Denver radio DJ groped her and her testimony got graphic and emotional.

Attorneys for the DJ, David Mueller, grilled Taylor during a deposition ... asking her about the alleged incident during a 2013 meet and greet. She says, "As soon as he grabbed my ass, I became shocked and withdrawn and was barely able to say, 'Thanks for coming,' which is what I say to everybody."

Taylor says she was posing for a photo with Mueller and his female companion, and says she was so shocked at what happened, "It was like somebody switched the lights off in my personality."

She made it clear the grab happened completely underneath her clothing -- "He reached up under my skirt and grabbed my ass right when I was having to pose for a photo, and it felt intentional that would be the time he would choose to do it."

As we reported, Taylor convinced the judge in the case to keep the photo with Mueller under seal. When Mueller's attorney pressed her on what exactly the photo shows, she said ... "It's impossible to know if that was in the moment before or as he's grabbed on, but I was there, so I felt it, so I didn't just see it in a photo afterward." 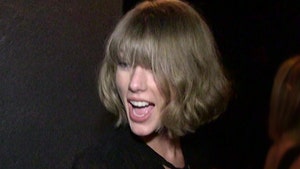 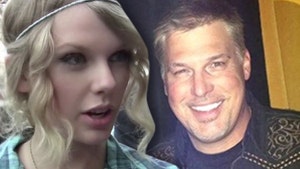 Taylor Swift -- My Groping Pics Will Get People Off ... Don't Release Them!