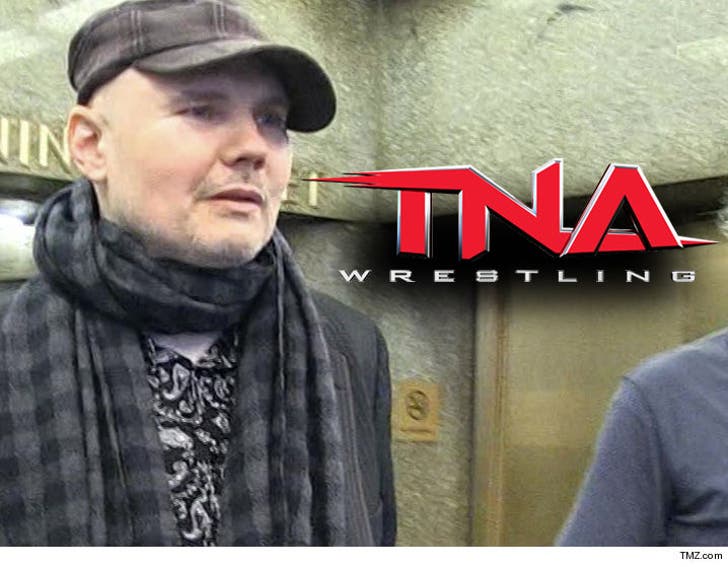 Billy Corgan's run at TNA Wrestling is officially over -- less than 3 months after he was named president of the company -- and now the singer is hinting at another major lawsuit.

The Smashing Pumpkins frontman is a HUUUGE wrestling fan -- and had been named president of IMPACT Ventures back in August -- which owns TNA and Impact pro wrestling.

But there was a massive dispute between Corgan and company chair Dixie Carter -- after Corgan learned the company had been in secret negotiations with WWE.

Corgan sued to take control of the company -- after he loaned it $1.8 MILLION to keep it alive -- but a judge shot his request down earlier this week.

Now, Anthem Sports & Entertainment and Impact Ventures have issued a statement saying Corgan is no longer with the company. They offered no further explanation.

However, Corgan isn't going away quietly ... and says, "FACT: TNA was supposed to pay me to 2 days ago, which they swore to in front of a judge."

"Yesterday they asked for a day to 'get $ together' upon which, (yesterday or today) they'd 'reach out directly' to settle ALL claims. So they lied again and have used the time as a weapon."

"FACT: I have still not been paid, and I'm exploring all remedies including new filings with court and converting to 36 pct. equity."

Translation -- this is a nasty split ... and it ain't ending anytime soon. 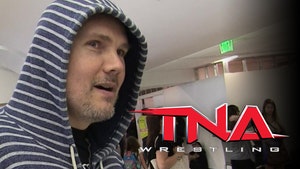 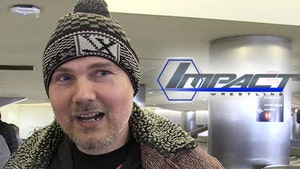