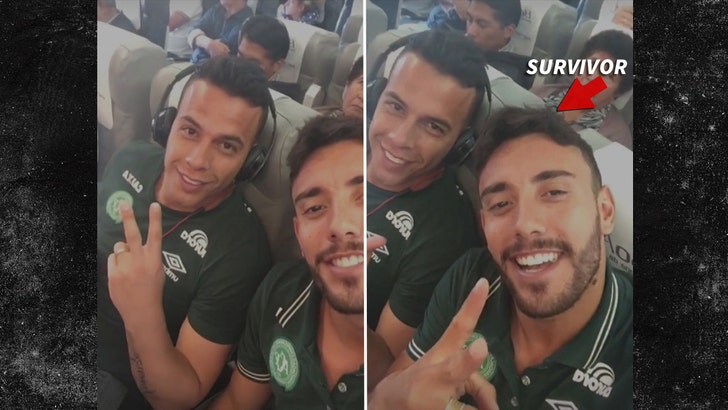 One of the survivors of the Colombian plane crash Instagrammed shortly before boarding the plane that went down -- showing him smiling and laughing with a soccer teammate before the unthinkable occurred.

The man with the beard is Alan Ruschel -- a defender on the Chapecoense soccer team, based out of Brazil. The team was set to play in the finals of the Copa Sudamericana on Wednesday.

Ruschel Instagrammed with his teammate, Danilo Padilha, while aboard the first leg of their trip -- before they got on the charter flight that crashed en route to Medellín, Colombia.

Padilha survived the initial crash, but later died at a nearby hospital.

Ruschel reportedly suffered head injuries in the crash -- but is said to be alive. 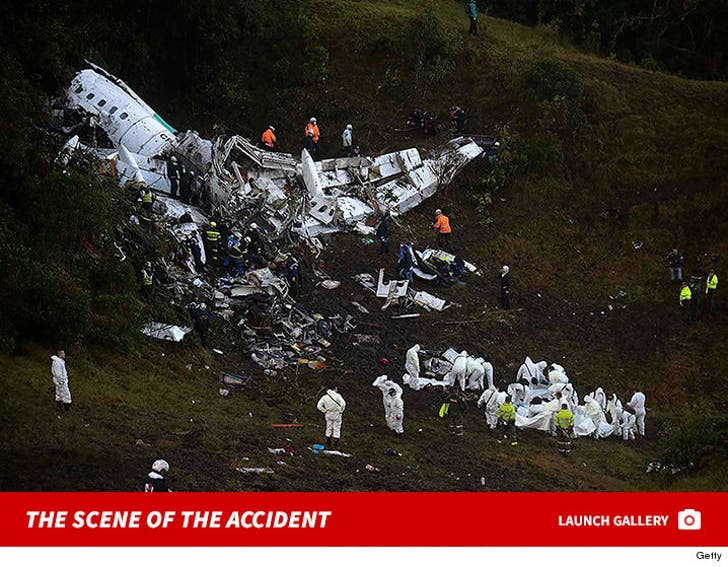 The plane, which took off from Bolivia, contained 81 passengers -- including players, journalists and others. It reportedly suffered electrical failure just before it was supposed to land near the airport in Medellin, Colombia.

Miraculously, rescuers found 6 survivors in the wreckage -- 3 players, 2 crewman and 1 journalist. 71 people have been confirmed dead.

According to reports, Lionel Messi and the Argentina national soccer team flew on the exact same plane just 20 days ago to travel to a match in Brazil. 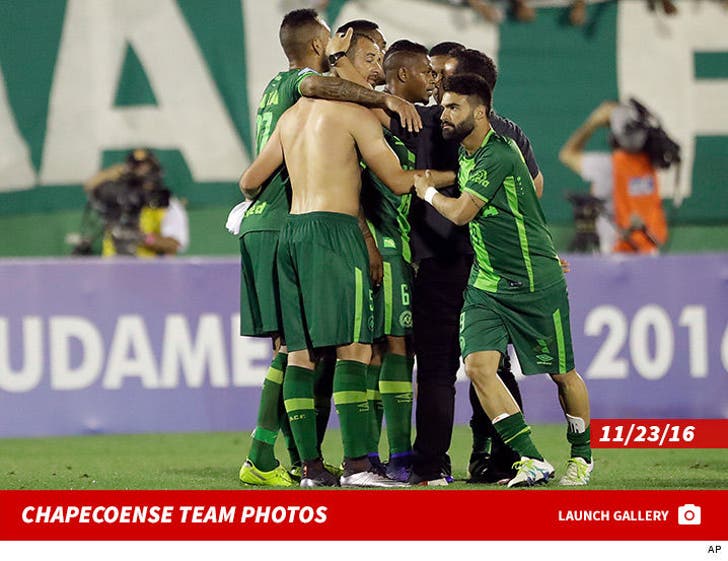 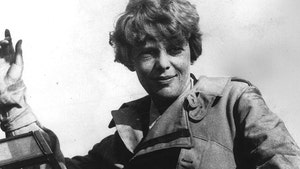 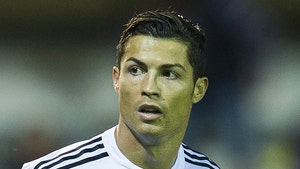