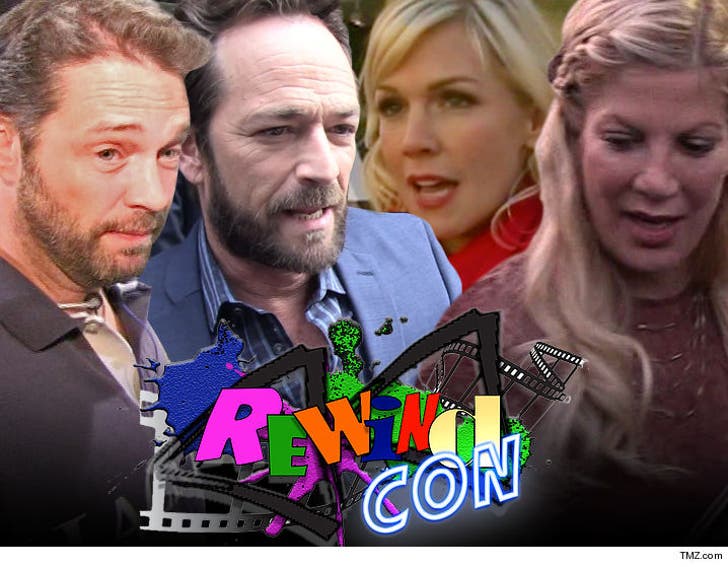 Most of the OG '90210' cast got together for a huge fan convention, which was probably good times -- right up until some of them got stiffed on their paychecks.

Rewind Con went down last month in Chicago, celebrating the 80s and 90s with celebs like Luke Perry, Jason Priestley, Jennie Garth and Tori Spelling. Joey Fatone from N'Sync was there too along with a handful of "General Hospital" alums.

Sources tied to the event tell us organizers promised invitees their checks would be in the mail following the convention, but after 2 weeks ... no dinero. Instead they got an email from one of Rewind Con's founders saying she was filing for chapter 7 bankruptcy.

We're told some people, like Luke and Jason, did get paid ... but Jennie and Tori drew short straws. Fatone's rep also says the singer got jack. It's unclear how much most of the celebs were to be paid, except for Port Chuck, the band formed by 4 ex GH stars. Their rep says they're owed about $50k.

Rewind Con co-founder Jaymie Lashaway -- who sent the email -- says the event's financial woes started when an investor, who had agreed to pay all the bills, suddenly backed out. She says it has nothing to do with her personal bankruptcy.

Anybody else smell lawsuits cooking?