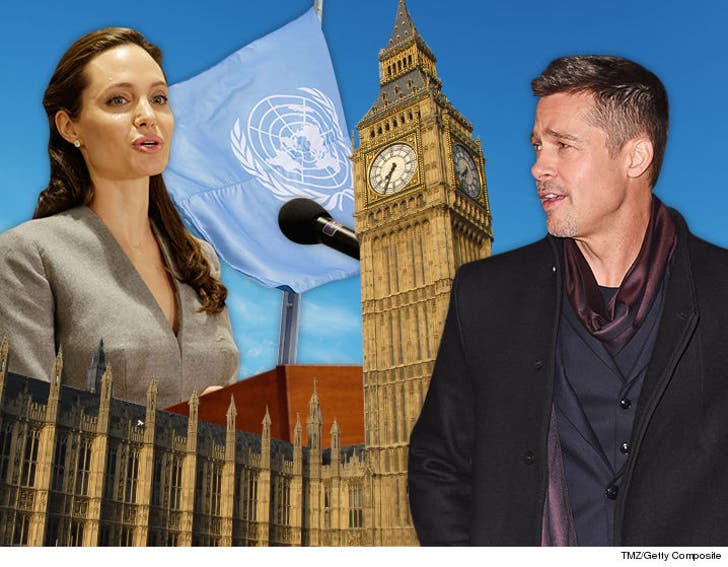 Angelina Jolie has an endgame in her claims Brad Pitt abused one or more of their children -- she wants to move to London with the kids and score a top position in the United Nations ... sources connected with the couple tell TMZ.

Several well-placed sources say Brad and Angelina have not gotten along for more than a year, and she's been looking for an opportunity to end the marriage and bolt for her dream job ... with all 6 children in tow. We're told she knew that would be nearly impossible unless Brad's right to joint custody was in jeopardy.

As we reported ... Angelina told L.A. County Dept of Child and Family Services officials Brad brutalized Maddox on a private jet and engaged in other conduct that endangered the children. We know Brad strongly denied intentionally striking Maddox or engaging in any abuse, and DCFS clearly saw it his way ... closing out the investigation without taking any action.

Our sources say Angelina's move to involve DCFS was orchestrated by 2 women she's been relying on for advice for more than a year. One is a member of England's House of Lords, and the other also holds a U.K. government position. We're told they've been in Angelina's ear, convincing her she could become Secretary General of the U.N. if she plays her cards right.

Angelina, who has been paying both women handsomely for their consulting services, is all in and taking their cue that a move to London would help get her closer to the U.N. gig. 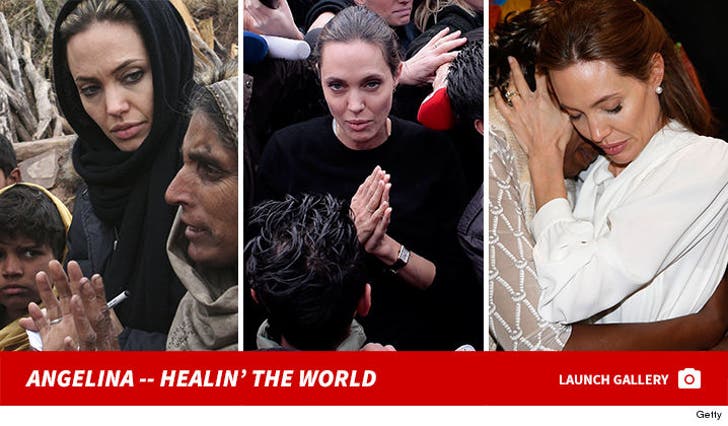 The rub, of course, is in order to take her kids out of the country ... she'd have to prove some sort of parental unfitness on Brad's part. So far she's struck out.

Jolie's rep denies there's a move planned and says Angelina is focused on the health and well being of her children. The rep adds, Angelina wants to continue therapy with the kids and Brad.

Our sources are clear and insist Europe and the U.N. post is the ultimate goal.

The custody war is now in family court -- she wants sole physical custody and he wants joint. We're told Angelina has a slim to none chance of taking the kids 6,000 miles away from Brad. 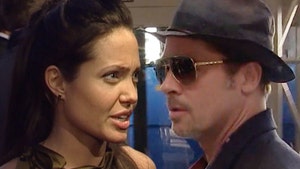 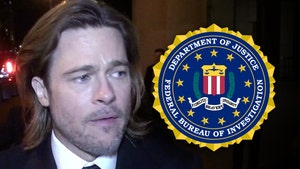