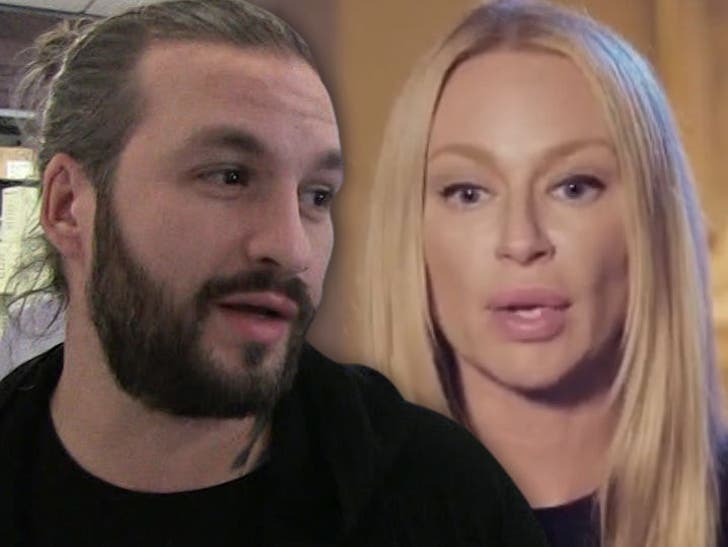 Swedish House Mafia DJ Steve Angello denies putting an ex-nanny through torturous work conditions, and claims SHE was the one putting his children's lives in danger.

Steve is pissed off at Marlo Gordon for suing him and his wife for wrongful termination. He says they only 86'd Gordon after discovering she was drinking ... on the job, and on their dime.

The famed DJ claims he was out of town for a gig when his mother spotted the nanny in a local bar with his 4 and 6-year-old daughters. He says they'd given Gordon a debit card to cover expenses for the kids, but claims receipts show she was in the bar 3 straight days.

He says he and his wife, Isabel Adrian, filed a report with Stockholm PD, and immediately fired Gordon.

TMZ broke the story ... the nanny sued the couple, saying they'd lied about work hours and conditions and never paid her overtime. We told her about Steve's drinking allegation, and she tells a slightly different story.

Gordon says she was having lunch in a restaurant, not a bar, with the girls and ordered one beer with her meal. She says Steve's mother did see her, but had no issue leaving the toddlers with her.

As she puts it, "I'm not a little petite thing. Half a beer doesn't constitute drinking on the job."

Steve says they plan to file a countersuit and thinks it's laughable the ex-nanny had so many complaints -- "You can’t say you work like slaves when you have chefs, driving around in luxury vehicles, flying first class. She didn’t even wash her own clothes."