Tristan Thompson may have hit a speedbump on his way to fatherhood ... he isn't named on his new son's birth certificate.

Tristan's ex, Jordan Craig, gave birth to their son on Dec. 12th in L.A. -- and while she (obviously) lists herself as the mother, the space for the other parent is left blank.

What's interesting is their son, Prince, has the last name "Thompson."

So, what does it mean? In California, the father has to be present at the hospital in order to be named on the initial birth certificate. However, it's possible to add the name later.

No word on what Jordan plans to do -- but Tristan reportedly wants to be involved in the kid's life and his new GF, Khloe Kardashian, is supportive of that. 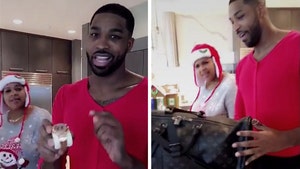 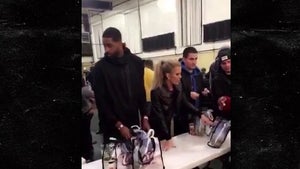 Khloe Kardashian -- Turkey Time with Tristan ... Do We Look Broken Up to You?! (VIDEO) 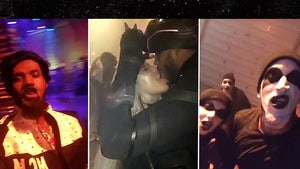