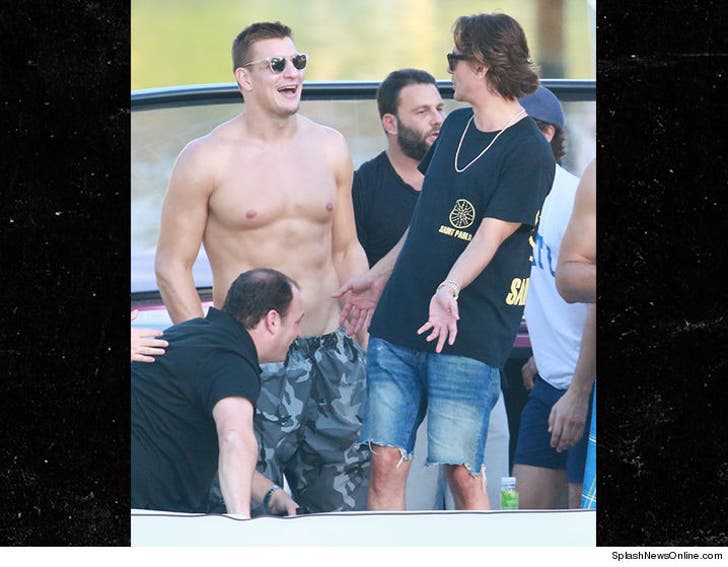 Just 27 days after undergoing back surgery, Rob Gronkowski is already back in PARTY ROCK MODE ... chillin' shirtless on a yacht in Miami.

Gronk's probably in Miami because his Patriots are playing the Dolphins on Sunday -- but he took some time to kick it on a celebrity-filled yacht with the like of "Divergent" star Ansel Elgort and Kardashian BFF Jonathan Cheban.

Gronk is on injured reserve -- which means he won't come back to the NFL until next season (no matter how far the Pats go in the playoffs) -- so, might as well relax and party, right?