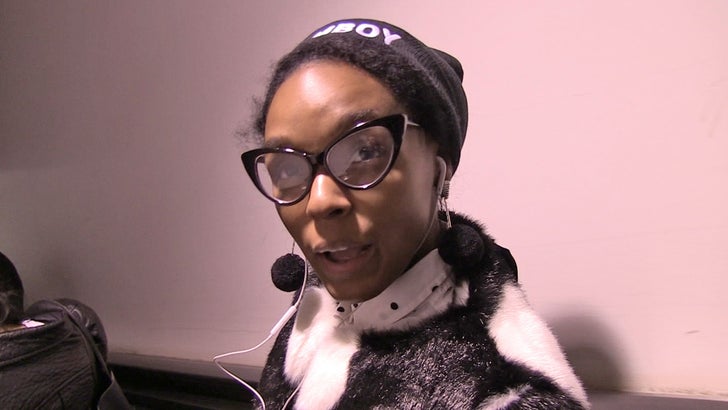 Janelle Monae says gospel singer Kim Burrell has been 86d from "The Ellen DeGeneres Show" in the wake of her homophobic rant.

Janelle told our photog at LAX Burrell sunk herself with an anti-gay church sermon last week.

Kim did a duet with Pharrell on the soundtrack of "Hidden Figures," so she was supposed to sing it with him on Ellen's show this week ... and Janelle -- who's one of the movie's stars -- is also set to be a guest. Now, Janelle says it'll just be her and Pharrell.

Janelle also has some choice words for Burrell.

As for Ellen ... she confirmed Janelle's remarks Tuesday morning on Twitter, saying "For those asking, Kim Burrell will not be appearing on my show."