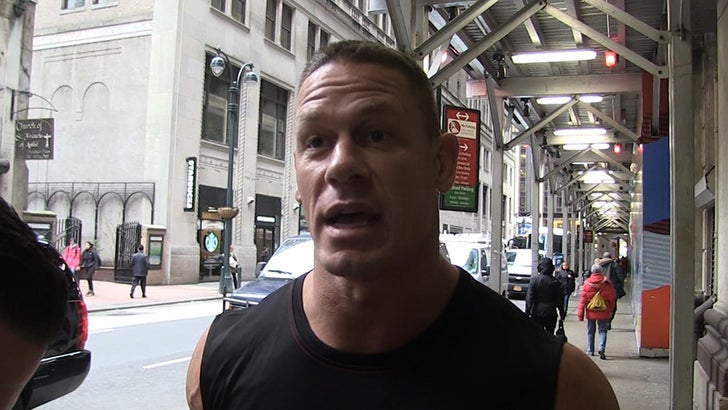 WWE legend John Cena says he's a HUGE New England Patriots fan ... not just because he loves to root for the team everyone hates ... but 'cause he's kinda like the Tom Brady of wrestling!

A sleeveless Cena was leaving Tapout Fitness in NYC Monday morning (it's 40 degrees, btw!) when we asked who he's got in the Super Bowl.

"I gravitate towards New England," Cena said ... "I like the fact that year after year, no matter what adversity they face, they always do well. And everyone hates that."

Cena says he's got a lot in common with the guy -- especially the way they approach their jobs.

Plus this -- "Tom Brady can become the most successful QB by winning his 5th Super Bowl and maybe I can win a 16th championship." 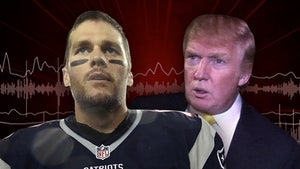 Tom Brady: 'Why Does Everyone Care About Trump Friendship??' (AUDIO) 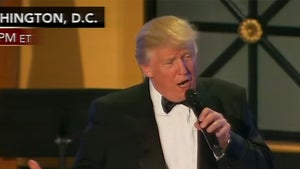